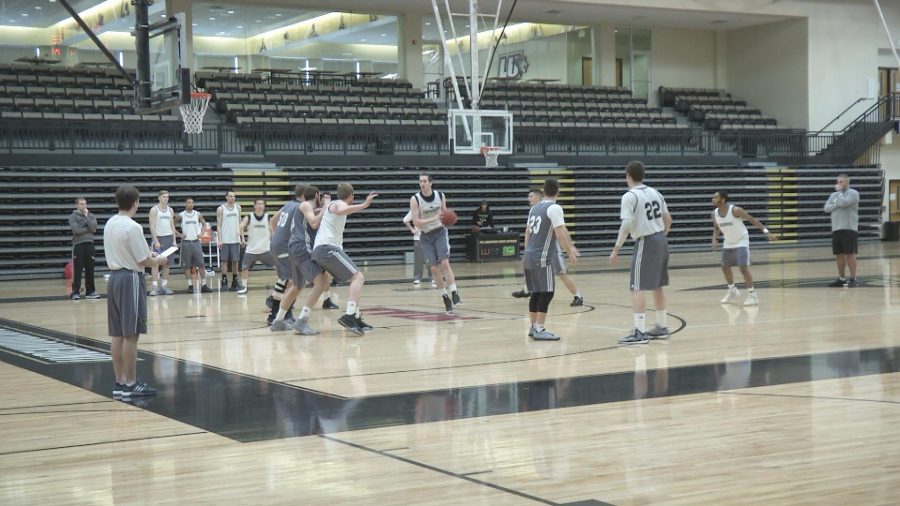 After losing their last home game with a 59 to 58 score, and losing their last eight regular season games, the Lions are preparing for a spot in the MIAA championship game, with their work clearly cut out for them.

The lions got off to a rocking start this season, winning 15 of their first 21 games. The squad was led by seniors Sam Mader, Stan Heili, Zachary Biggs and their power forward, Cory Arentsen, who last year, was elected to the all MIAA team.

Lindenwood Head Coach Lance Randall commends Arentsen for the warrior that he is and for leading by example for the underclassmen.

“He’s a guy who just competes his tail off, and he’s better when the game is tight,” Randall said. “He just has a great mentality, he’s locked in, and he’s definitely going to have a chance to play professionally when he’s done, and he competes every day.”

Not only have the seniors impacted Coach Randall in a positive way, but Arentsen also elaborates on what his coach has meant to him to be more than just a ballplayer.

“I know it sounds cliché, but, they teach you how to be great people too, especially Coach Randall,” Arentsen said. “He tries to make us, you know, good basketball players, but also off the court to be good people too.”

“They teach us basketball, but also real life, something we can use in the real world,” Heili said.

Despite being 15 and six at the start of February, the Lions fell into a downward spiral as they’ve dropped their last six games. How do they rebound from a late-season swoon? Coach Randall demonstrates.

“We got to get better defensively, we were the top five in the country defensively for about three months in the season,” Randall said.

Lindenwood won their first MIAA tournament game in school history on Tuesday, March 1 against Pittsburg State with a 77-68 score.

The Lions are on their way to Kansas City, MO to take on Northwest Missouri in the MIAA quarterfinals on Friday, March 4 at 6 p.m. in Kansas City’s Municipal Arena.