Opinion: Music for all, especially for students 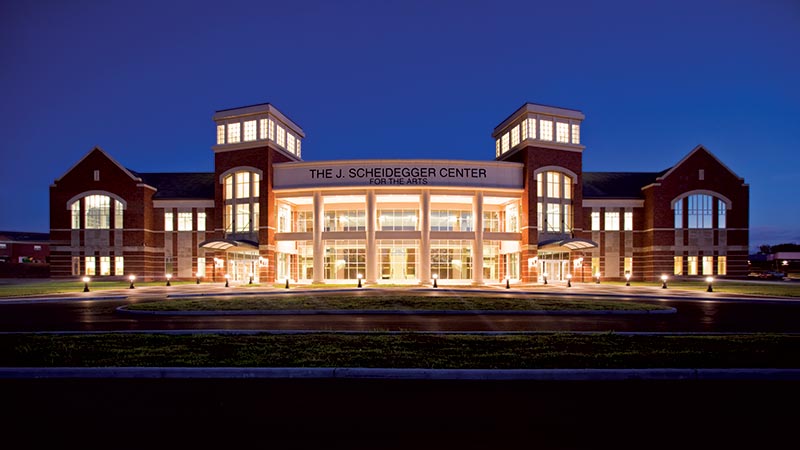 Five professional acts are lined up for this semester at the J. Scheidegger Center for the Arts.
Photo courtesy of Mary Ambler Archives, Lindenwood University.

Lindenwood is no stranger to hosting musical talents to entertain students and community members alike.

However, most of the time, the artists who appear at LU’s venue seem to be lesser-known artists or those who appeal to an older audience.

While it is possible that students may enjoy the musical stylings of Michael Bolton, Frank Sinatra Jr., or The Doobie Brothers, it is obvious that these artists are focused toward a much older audience.

While part of what makes Lindenwood great is the fact that there have been so many musical legends to grace its stage, one can’t help but wonder why it seems the main focus of hosting these artists is to entertain members of the community, rather than to entertain the student population.

This is also reflected in the advertising of these events.

During homecoming week of 2012, Mayday Parade was scheduled to perform and during the weeks leading up to it, there were fliers hanging all over the school advertising it, and the same goes for the other musical talents that are brought in for the students.

However, usually the only time I am made aware of a major “older” artist who is coming to Lindenwood, is when I am driving past the sign that faces West Clay Street, or actually walking into Scheidegger.

With the performance of Echosmith, an alt-pop band whose hits include “Cool Kids” and “Bright,” who played last Tuesday or with last year’s performance of Chase Bryant and Lee Brice, it seems that LU is trying to attract musical guests that students would enjoy as well.