Lindenwood falls in a nail-biter at the MIAA quartefinals 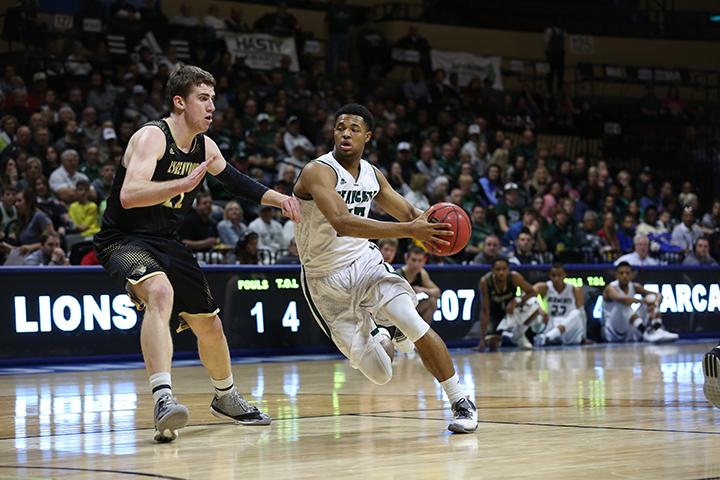 Lindenwood’s run in the MIAA tournament came to an end in the quarterfinals, as they fell to Northwest Missouri State by the score of 62-57.

Arensten started out hot in the first half, connecting on his first six shots and wracking up 14 of Lindenwood’s first 16 points. He made all but one of Lindenwood’s baskets in the half, and accounted for 21 of the team’s 25 first half points.

Lindenwood entered the locker room at halftime trailing 30-25. A big reason for the deficit was the team’s inability to collect defensive rebounds. The defense allowed the Bearcats to collect 16 second chance points.

Northwest Missouri came out red hot from beyond the arc in the second half, connecting on three shots, quickly extending their lead to 44-30.

Following a Lindenwood timeout, the Lions went on a quick 7-0 run, led by five points from Brad Newman, and trimmed the deficit back to seven, at 44-37.

McIntosh and Arentsen cut the deficit to four points with seven minutes to play, hitting a pair of threes and putting the score at 49-45.

Trailing by three with less than a minute left, Arentsen connected on a layup, cutting the deficit to one at 58-57, but Northwest quickly responded with a basket. On the ensuing possession, Lindenwood turned the ball over, and Northwest took over with 25 seconds play.

After a highly questionable foul call on Newman, Northwest extended the lead to five, and that was the ball game. The final score was 62-57.