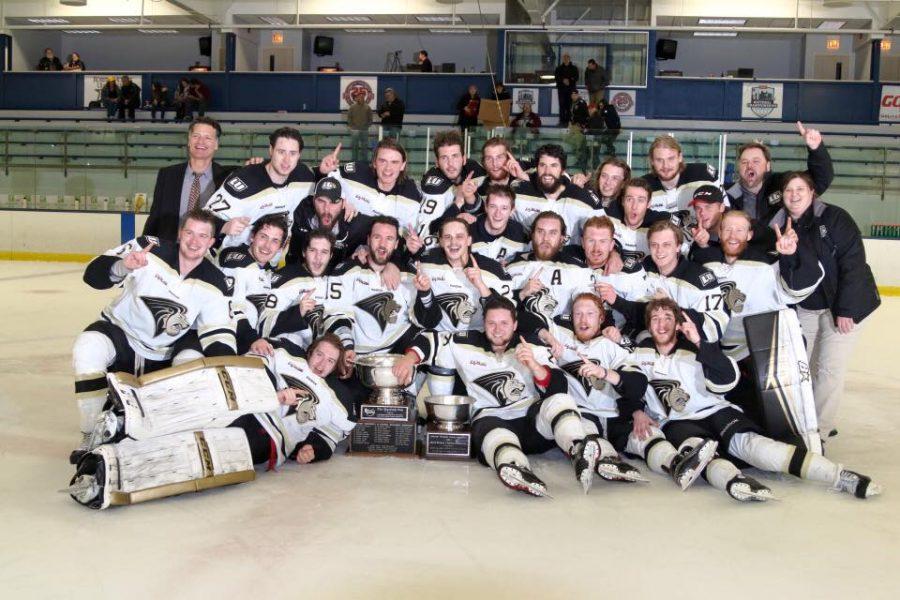 The men’s ice hockey team was crowned the 2016 American Collegiate Hockey Association Division I National Champion after a 2-1 victory over Iowa State University.

After giving up a goal late in the first period, senior Stephen Bopp put the Lions on the board 29 seconds before the second internmission.

Sophomore Mike Lozano scored the game-winning goal off an assist from freshman forward Tommy Heinzman at 6:47 in the third period.

The Lions were able to hold their lead through the remainder of the game thanks to the solid goaltending of Michael Hails. Saving 22 out of the 23 shots he faced, Hails was named the first star of the game.

This is third time the Lions have earned the title, with the last coming in 2010.

A replay of the full game can be viewed on the Go Live Sports Cast.