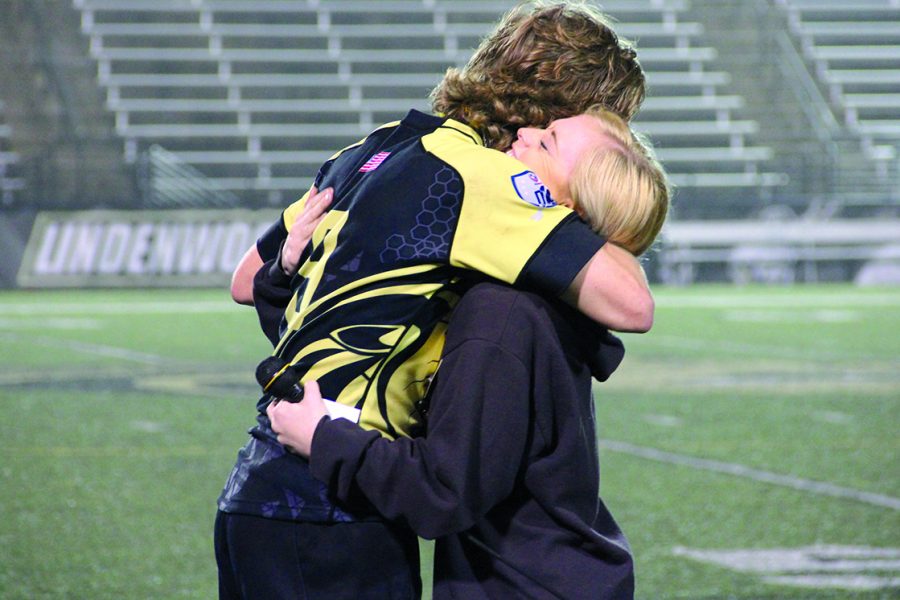 Tragedy strikes all too often with no regard for the lives it takes. On Oct. 17, 2014 tragedy struck Lindenwood rugby player, Charles Labry, who was killed by a motorist on Interstate 70. The Lindenwood men’s rugby team dedicates a match every year to him to make sure his legacy and what he meant to the team and the university is not forgotten.

The Lindenwood men’s rugby team took on Davenport University with a little more incentive to start off the season with a win than most. The memory of Labry loomed heavily over and into the uniform presentation the night before. Those who knew him delivered speeches of memories while others listened in fascination.

Senior Morgan Findlay was among those who shared stories about his best friend. He spoke of his infectious humor and character as well as the feeling of playing in his honor.

“I had quite an empty feeling for a long time.” Findlay said. “I’m very proud to be able to play for the memorial shield.”

One of the fans in attendance for the memorial game was Labry’s girlfriend, Kiley Anselmo. During the pregame announcements a memorial speech for Labry sounded loud over the quiet audience.

“Charles will always be a member of the Lindenwood family and his legacy will live on.” The P.A. announcer said. “Thank you for coming to out Charles Labry Memorial Shield Match against Davenport University. Let’s have a moment of silence for Charles.”

In the second half the Lions trailed 12-6.

As the clock began to work against Lindenwood, Findlay broke away for a try to the tune of a now raucous crowd.

Precious minutes began to pass and a friend of Anselmo’s leaned over and said to her, “Now would be a good time to intervene, Charles!” Around the same time, Findlay looked up to the clock and saw it fall below ten minutes remaining and remembers thinking, “Charles is going to be pissed.”

Moments later, freshman Deion Mikesell broke away for what would be the game sealing try for the Lions. With nine minutes left the Lions held an 18-12 lead, their first of the game.

The once cheering crowd was now roaring, and with heart rates up for the remaining nine minutes of the game, Lindenwood held on to the lead and won The Charles Labry Shield 18-12.

After the shield was awarded, Anselmo read a heartfelt message from Labry’s mother, Isabelle, who remains in France with the rest of Labry’s family. “Charles loved the USA, a country that welcomed him with open arms, as much as he loved France, if not more.” Isabelle wrote.

Anselmo added, “These matches mean so much to myself, my family, the Files family, but most of all his family in France. They are so honored by the way everyone continues to honor their son and brother and I think it means a lot to them that he has a legacy to live on through.”

Correction: A version of this story that was published in the March 15 issue of The Legacy incorrectly stated that the March 12 rugby game was an inaugural event. This was the second time the LU rugby team hosted the event. The story’s headline also stated that the game was the team’s first of the season. They had played seven games prior to March 12.