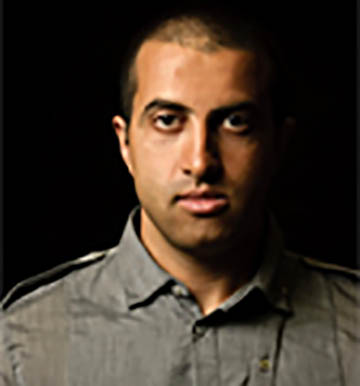 Mosab Hassan Yousef, a Palestinian who worked with Israel to help prevent terrorist attacks and author of the best-selling book, “Son of Hamas”, spoke in the Anheuser-Busch Leadership Room Tuesday, March 15. His speech, as part of the Lindenwood University Speaker Series, focused on what it was like for him to grow up on Palestinian territory in the midst of war.

Yousef’s father was a leader in Hamas, a Palestinian Islamic resistance movement. Though his father was imprisoned in most of Yousef’s childhood and youth, he had a relatively protected upbringing because his father’s status granted him protection via the Hamas army.

Though Yousef was raised as a Muslim, he converted to Christianity in his adult life. Throughout his speech, he did in no way denounce Islam as a religion, but made an effort to stress, that extremists exist in any religion. He sought to broaden the audience’s understanding of the Islamic Middle Eastern communities by stating that their mentality is stuck in the seventh century, when women had no rights and a father would murder his own daughter if she brought shame on the family.

“It’s a delusion,” Yousef said. “They’re not able to see themselves at all.”

He stressed that American Muslims have all but abandoned the seventh century customs of their heritage and have adapted to the modern world.

When Yousef was 18 years old, he was arrested by Shin Bet, Israel’s internal security service, and brought to a Russian compound known as “the Slaughterhouse.” He was beaten and mentally terrorized before he was interrogated. Yousef was recruited to be Shin Bet’s informant in Hamas, though his intention was to spy on Shin Bet from the inside. To not stir suspicion, he was sent to prison for three months with nearly 2000 members of Hamas, and it was here his belief in Hamas began to falter as he saw the brutality of the group.

“I’m an individual,” Yousef said. “I respond to life without the influence of anyone else.”

Though Yousef’s life has been filled with more terror than most people will experience in a lifetime, he does not categorize himself as “anti-war.” During his years with Hamas and during missions to prevent terror attacks, he recognized that sometimes brutality was the only option. He is, however, “pro-peace,” as he believes the two terms are not mutually exclusive.

When Yousef came to the US, it was with the dream of a normal life. In trying to deal with his past experiences he decided to start documenting all of his memories from his past. This journal of sorts turned into the best-selling book, “Son of Hamas: The Green Prince.” When the book was published, Yousef’s father publicly disowned him on CNN.

Though Yousef never sought recognition for his actions in the fight against terror, he wants to spread a message of love of humanity, not labeled by religion or country.