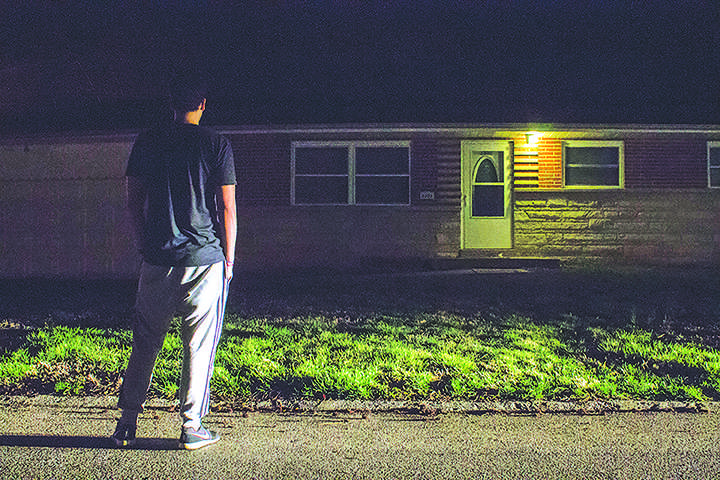 A male student waits in a designated area in women's housing.
Photo by Sandro Perrino

Lindenwood’s residential houses provide upperclassmen freedom they couldn’t enjoy elsewhere on campus, except when it comes to members of the opposite sex.

The visitation policy for these houses is the most restrictive on campus. The opposite sex is never allowed inside. Visitation is authorized outside the residences only, from 4 p.m. to dark on Mondays through Fridays, and from noon to dark on weekends.

Senior Elizabeth Montgomery lives in a house on Glenco Drive. She said a less restrictive visitation policy should have been passed a while ago.

“It’s really silly because I am 22 years old, and I think I should be able to have a guy in the house if I choose to,” Montgomery said.

An investigation by the Legacy showed that Lindenwood’s visitation policy for these houses is the strictest of four private universities in the St. Louis metropolitan area.

Lindenwood first acquired houses during the 1989­-1990 school year to accommodate population growth as new dorms were being constructed and to provide non­traditional students, such as older or married students, with non­dormitory-style housing opportunities, university officials said.

Lindenwood kept the residential houses until present day because of the positive feedback from students who preferred them to the traditional residence halls, they said.

Of the universities polled, this type of housing is unique to Lindenwood’s campus. At Webster, Maryville, and Saint Louis universities, students live in residential halls and apartment buildings, most of which are co­ed.

At Webster, Walter Richy, a spokesman in the housing office, said the only problems they’ve encountered are when students are in a long­term relationship and are imposing their significant other on their roommate.

To prevent these types of issues, Webster’s students sign a roommate agreement contract.

At Lindenwood, Residential Life Director Terry Russell said attempts have been made to change visitation in the past. For example, he wrote a policy to allow visitation in the houses when President James Evans was in office, but it was never acted on.

The latest attempt comes from Junior Saana Ahokas of Finland, who sponsored a bill that was adopted earlier this spring by a large majority of the Lindenwood Student Government Association.

The proposal requests the same visitation privileges for students living in the residential housing as those living in dormitories, namely, from noon to midnight Mondays through Sundays.

Ahokas said those new rules would benefit the whole student body and improve the campus culture, especially for international students, like her.

“Most of us don’t have cars or homes to go to over the weekend, so it’s important that we could have other students visiting the houses to watch movies, cook and do many things together. Maybe it would feel more like a home away from home,” she said.

Ahokas also has suggested extending visitation in the dorms to 2 a.m. on Fridays, and from 10 a.m. to 2 a.m. on Saturdays and Sundays.

Russell said the current rules have been set to ensure students’ safety and in the wake of the university’s conservative roots.
However, Russell does not deny that visitation still occurs in the housing, despite the strict policy. In fact, since the beginning for the school year, 26 visitation violations have been reported.

Russell said he is in favor of the recent proposal regarding visitation in the houses as long as it can be monitored. The Lindenwood board of directors will have the final say on the issue.

Senior Julie Ferrante Di Carrante, said she hopes the board will approve the bill.

“Lindenwood really needs to move forward, and to adapt to the current time,” Ferrante Di Carrante said. “The world has changed. Students have changed. Lindenwood has to follow.”