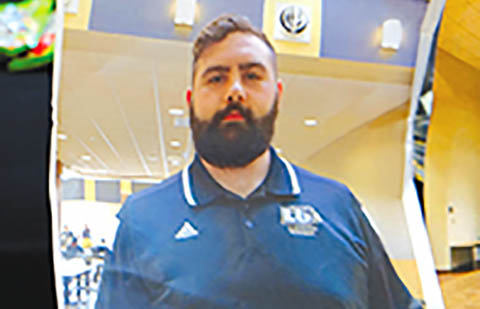 Lindenwood exercise science major Wyatt Mohrmann was announced winner of Beardfest Sunday, March 20. Mohrmann competed against 14 other bearded candidates for third installment of the contest, which was hosted by the Campus Activities Board.

“I signed up because my friends convinced me to do it,” he said. “I didn’t expect to win at first because I had recently trimmed my beard, but then people around campus were telling me they voted for me so I grew more confident.”

“I was surprised from the amount of people that signed up to participate in the event, which is showing me that students like these kinds of events and we have to continue doing them,” Donov said.

From March 14-18, people voted by placing any monetary amount of their choosing in a jar assigned to the bearded candidate of their choice. The proceeds were donated to the Children’s Miracle Network.

“We raised $100 for Children’s Miracle Network, which is almost double the amount that we raised last year, so I can say that I am happy with that participation this year,” Donov said.

Knowing that Beardfest was a charitable event motivated Mohrmann to be more involved in the contest.

“It made me want to get more people to vote, even if it wasn’t for me,” he said.

Despite being happy to win, Mohrmann also suggested a new idea for a prize, other than what was “ironically” awarded to him: a Philips electric shaver.

He said, “Since we all want to keep our beards, how about in the future you make the prize beard oil or a nice wooden comb? Those items are fairly cheap to purchase and are fantastic for beards.”