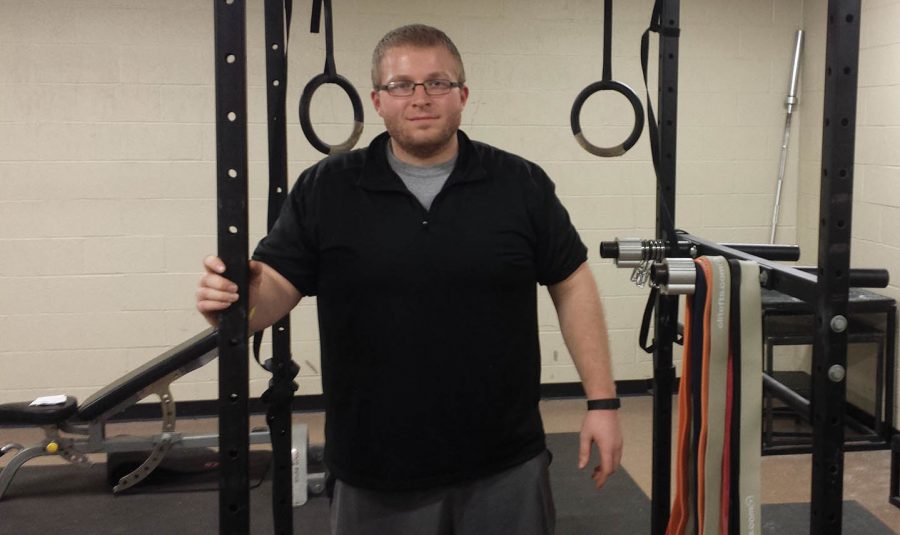 Ron Heator was once a competitive powerlifter before accepting a position teaching X-Fit at Lindenwood University.

From his hometown of Kansas City, Missouri, he made his way to Pittsburg State University where he studied and received his degree in exercise science. His internship was at the University of Nevada, Las Vegas in strength and conditioning. Afterward he began his journey at Lindenwood University to obtain his master’s degree in human performance.

Now, he teaches X-Fit (pronounced “cross fit”), one of the group exercise programs offered at LU Monday-Friday at 3 p.m. Heator has been in three powerlifting competitions affiliated with United States of America Powerlifting and the Southern Powerlifting Federation. Currently he is on a break from competing. When Heator signed up to become a personal trainer at LU, he was also asked by Chad Bruner, assistant director of campus recreation, to become a X-Fit instructor.

Heator said this was a great opportunity for him, considering he had been interested in training and had been using in X-Fit for about a year and a half.

“I like to focus on people’s goals, and it really depends on what they want out of it,” Heator said about his focus as a trainer. As the power lifter he is, he tries to incorporate compound movements into his programs.

“It takes too long to workout each individual muscle like a body builder would, such as a leg extension machine,” he said. “Why not use larger compound movements such as bench, deadlift and military press to hit the most amount of muscle in a short amount of time?”

He also said that if there is a muscle imbalance, there are a number of different ways to handle them. One way would be to modify the whole routine around the imbalance. If it will not affect anything else, then leaving it to develop with the normal routine is fine.

“It all depends on the imbalance and can be a very complicated process,” he said.

In regards to training X-Fit, Heator describes it as, “a high intensity fitness regimen with an emphasis on functional movements.”A typical X-Fit class is about 45 minutes of high intensity training. Heator advises people of any fitness level wanting to get started in a new program to come to class and to keep workouts fresh.