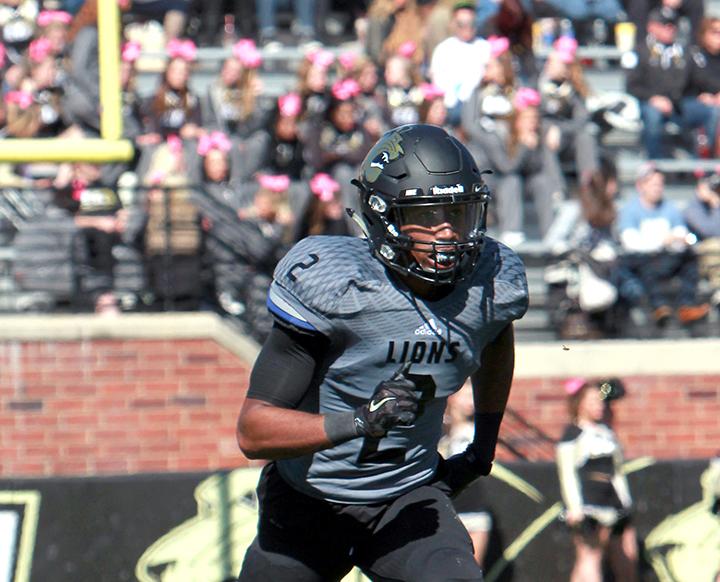 Among his most impressive numbers from his workout are his 4.46 second time in the 40 yard dash and his 43 inch vertical jump, which is one of the best numbers among this year’s wideout prospects.

At least 10 NFL teams have met with Coble so far following his Pro Day.

Hover over the map to see which NFL teams have contacted Coble.
Photo by Don Adams Jr. | Graphic by Phil Brahm

One of the most interested teams seems to be the Indianapolis Colts, who have a desire to add depth at wide receiver this offseason and have a strong history of finding receivers in the late stages of the draft.

Other teams that have shown interest in Coble include the Rams, Chiefs, Dolphins, Packers, Steelers, Bills, Seahawks, Lions and Browns.

At this point, Coble seems to be a good candidate to be taken in one of the late rounds of the draft, or after the draft as an undrafted free agent.

Last season, Coble recorded 39 catches for 644 yards and four touchdowns for the Lindenwood.