A ‘biblical’ Broadway event at LU 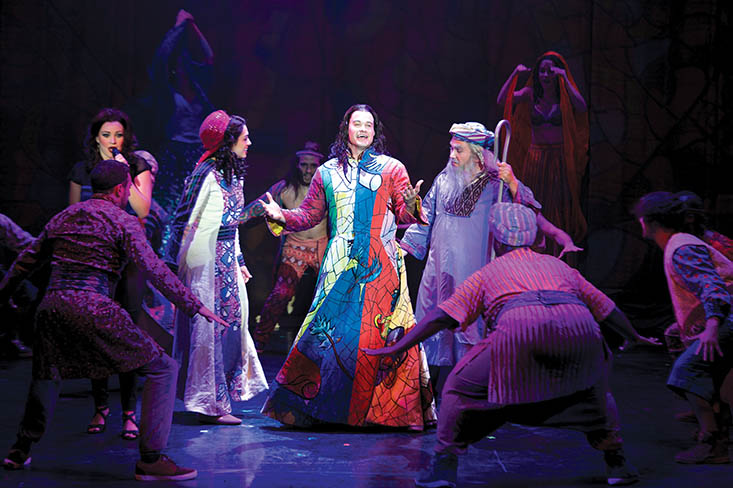 A bit of extravaganza arrives from Broadway when the family musical “Joseph and the Amazing Technicolor Dreamcoat” makes a stop on their national tour at Lindenwood on this week.

“Joseph and the Amazing Technicolor Dreamcoat” is a musical with lyrics written by Tim Rice and music by Andrew Lloyd Webber that reimagines the biblical story of Joseph, his 11 brothers and his coat of many colors.

“It’s about redemption and about second chances,” said Andy Blankenbuehler, director and choreographer of the show, said in an interview with Philadelphia Magazine. He said in “Joseph”, there is a level of emotional truth that forces the audience to go on the journey.

According to the musical’s website, the show was originally conceived when Webber was asked to write a ‘pop cantata’ for St. Paul’s Junior School choir in England. Webber came up with the idea of “Joseph” and asked Rice to write the lyrics. The first performance was held March 1, 1968 in Colet Court, Hammersmith with the original runtime of 15 minutes.Ever since, the show’s popularity has grown larger, gaining increased popularity first in the United Kingdom. Eventually, it found its way to the U.S. in 1970. The show finally hit the Royale Theatre on Broadway on Jan. 27, 1982.

JC McCann, who currently stars in the title role said, in an interview with Rye the News Guy, that with his creative team, Blankenbuehler has created “a fresh new look for this show” by adding “modern dance inspired by hip-hop,” but still staying loyal to “the classic show that everyone loves.”

For McCann, being cast as Joseph was a dreamy experience. He said, “Just a year ago, I was working in the oilfield in Wyoming and dreamed of being in a big production,” McCann said, “When I landed such an iconic role as Joseph, it was truly a dream come true.”

In a video interview with the Kennedy Center, Blankenbuehler explained what makes “Joseph” a great story, is that it deals with various things “at different levels, all at the same time.”

The current cast of “Joseph” will perform on the Lindenwood Theatre stage of the J. Scheidegger Center on Thursday, April 7 at 7:00 p.m.
Tickets are available for purchase at the box
office.