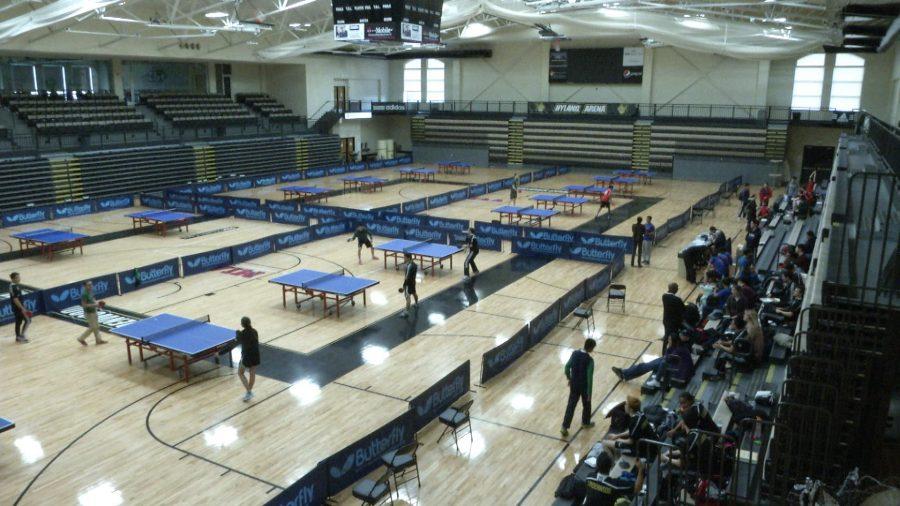 A Lindenwood University student makes it to the Olympic trials in Greensboro, North Carolina.

Table tennis, or better known as ping pong, is a sport at Lindenwood University.

Austin Preiss has been playing table tennis since the age of three.

He learned from his father who is a national coach at the Olympic center in Colorado Springs, Colorado.

“My dad stood me on the table when I was an infant and told me how to bounce a ball on the table and hold the racket and I have been playing ever since” said Preiss.

Priess explained what his experience was like at the trials.

“The trials were like an experience I’ll never forget, very professional, there was an Olympic hotel and transportation from the hotel. It was an incredible experience to even be apart of was something to remember” said Preiss.

The trials consisted of 65 of the strongest table tennis athletes in the country. During the competition, the ages of the competitors ranged from 15 to 30 years old.

Preiss also explained that ball speeds can reach up to 80-100 miles and hour and rotate at 300 revolutions per minute.

“The amount of spin you get off a ball is about the revolution you would get off a jet engine” said Preiss.

Now back in St. Charles, Preiss joins his teammates in their preparations for another tournament.

As the team members set their sights on the upcoming national competition in singles and doubles, team captain Gabriel Skolnick explains how he prepares for table tennis matches.

“You can practice with a whole bunch of balls and one person hits the balls in rapid succession or you can use a single ball to keep the consistency.

Then you can do match simulations where you can work on specific things in the match” said Skolnick.

While the team looks to bring home a title, several members are simply grateful for the opportunity the program provides.

Chelsea Edghill from Gyana, South America, who is also a national women’s champion explains on how it felt to receive a scholarship to Lindenwood.

“I was really happy and excited. Its a great experience, great players, and a great coach” said Edghill. She also explains that you always need to work hard and never give up.