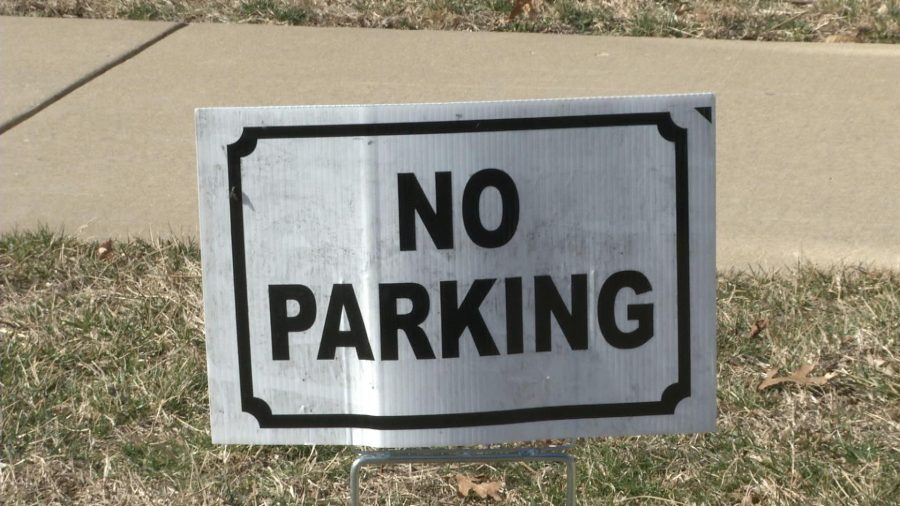 The residents of Lindenwood University’s Parker Hall have been receiving parking tickets without notice.

The parking spots in front of the dorm in an area that use to be available have become a fire lane.

A few residents of Parker Hall say they didn’t get the notice that John Bowman head of security had emailed.

Instead they received a parking ticket.

Student Danny Broyiles explains that he was confused when the lane suddenly changed,

“I have been parking here for 3 1/2 years. It was a force of habit and I didn’t notice that the curb was painted yellow” said Broyiles.

Another student Joe Fritz who lives in the dorm explains that he has seen students receive the tickets on a multitude of occasions.

“I live right in front and I would watch cars get tickets day in and day out” said Fritz.

After the multitude of students receiving tickets security put up signs and white barriers to attempt to block students from parking in the new fire lane.

“My reasoning for the dismissal was after so long of parking there, I didn’t realize they painted lines and there wasn’t any signage out” said Broyiles.

Head of security John Bowman says that the parking changes began in January. Since then, he believes his office has issued around 20-30 tickets.

“It used to be a 10 minute parking red zone but everyone violated the red zone so we decided to make it no parking” said Bowman.

Bowman says the plan to change the parking zone came from the student development office. He says it was an effort to make the area less congested with traffic.

“They think that they can park there but if they would read their student handbook anywhere with a yellow curb you can’t park.” said Bowman.

With the barriers set up and signs now posted students have to find somewhere else to park.