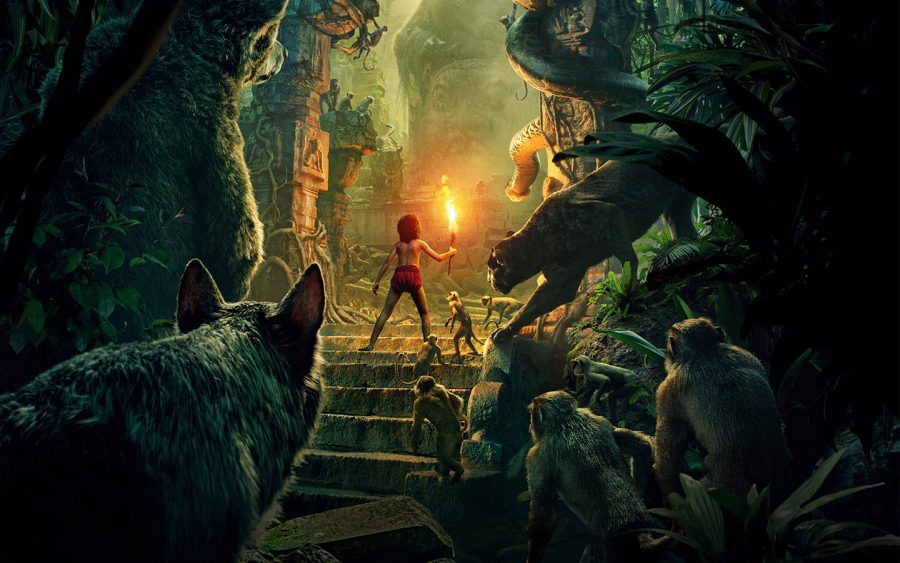 Photo courtesy of Girl Trisanto from Flickr A promotional image for Disney live-action remake of "The Jungle Book."

Disney live-action remake of “The Jungle Book” is one of the most captivating, creative and charming adventures I have had in a movie theater in recent memory. Mowgli’s journey through director Jon Favreau’s epic jungle is full of terrifying trills, as well as beautiful sites, and I couldn’t wait to see what would happen next during my viewing.

For those who have seen the 1967 animated classic, you should know that this is a fresh reinterpretation. While the story does focus on Mowgli (Neel Sethi), a young human boy who was raised in the jungle by wolves, and features a bear named Baloo (Bill Murray), a black panther called Bagheera (Ben Kingsley) and a Bengal tiger named Shere Khan (Idris Elba), many of the characters have different motivations in this film than before.

While Mowgli is still the lovable and naïve man cub many know well and Baloo and Bagheera are still his trustworthy companions, Shere Khan is portrayed as a much more vicious antagonist whose sole purpose is to kill Mowgli because of what he is.

If it was not obvious already, the new “Jungle Book” is pretty dark, especially for a PG-rated film. I would goes as far as to say that this film probably is not suitable for very young children. However, I do admire Favreau going forth with his vision of the film, which is a truly remarkable jungle epic.

Even with the film’s dark nature, there are still some charming, light-hearting moments to be found, which usually involve Baloo.

From muddy valleys, to stormy rain forests, to beautifully sun-soaked hills, “The Jungle Book” is jaw-droopingly gorgeous. Every frame is a computer wallpaper image waiting to happen and the animals are impressively detailed. I was in complete awe when I saw that “The Jungle Book” was filmed in downtown Los Angeles. As someone that lives with a ton of animals, even the animations that the CGI animals made blew me away as they were so life-like familiar to me.

No animal character would be anything without its voice talent. Every actor brings something different and much needed to the table. Whether it be Murray’s Baloo breathing light humor into a dark story, or Kingsley spewing his wisdom, everyone deserves recognition. However, it is Elba who gives the best performance as the cold, heartless villain, making Shere Khan the strongest villain to appear in cinema so far this decade.

Newcomer Sethi deserves the most credit out of the full cast as he gives a knock-out performance, while also being the only real human on screen, which something even major Hollywood actors sometimes cannot deliver.

John Debney undoubtedly created the score of his career for this film. The music is as epic as the film itself, and I can see it as being a highlight when people look back at this year’s best film scores.

If you were to tell me “The Jungle Book” would be the strongest film in the first half of 2016, I would have probably brushed it off. But thanks to Favreau’s enormous ambition and impressive ability to execute on his promises, I see that statement as a reality.