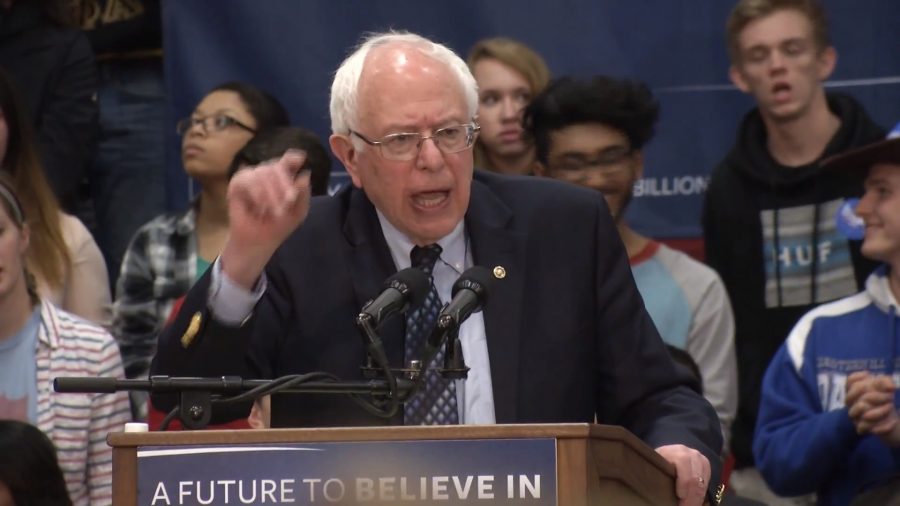 Approximately 4000 people attended this event for the Vermont Senator, who has attracted record-breaking crowds all over his campaign.

“He has been my senator and congressman for a long time and I think Bernie Sanders has done a great job representing Vermonters in the Senate as an independent,” Schiesser said.

After being introduced by several speakers, Sanders took the stage to emphasize the importance of a higher minimum wage, tuition-free colleges, equal pay, and a new campaign finance system.

Even though Sanders’ ideas bring harsh criticism from Republicans and moderate Democrats, middle-class workers such as U.S. Steel Representative Scott Wolfe are inspired by the independent senator from Vermont.

“Bernie Sanders is for the middle-class, the working-class. He’s not for the Wall Street bankers who already have too much money,” Wolfe said.

After winning three out of four primaries over the weekend, Sanders looks into closing the gap between him and Democratic front-runner Hillary Clinton on Super Tuesday 2.0.

Besides Missouri and Illinois, voters in Ohio, Florida, and North Carolina are heading to the voting polls. A total of 288 delegates are at stake on the Democratic side.