Amy Shapiro: “The Music that gave me a Voice” 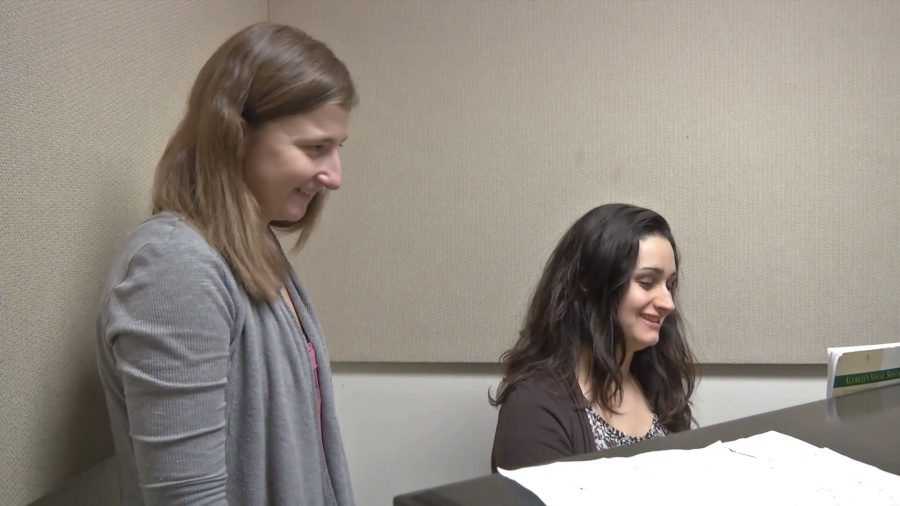 Learning disabilities have been an important issue in American society for more than 100 years. According to the United States department for Health and Human Services, more than 20 percent of all Americans are somehow affected by learning disabilities. Lindenwood University student Amy Shapiro falls is part of that number.

After she was born with a brain tumor, which caused several learning disabilities, Shapiro wrote a book about her journey called “The Music that gave me a Voice.”  On 127 pages, Shapiro describes how music helped her to overcome her obstacles.

“The ways that I would memorize everything is through music. I put information in a tune and that would help me to be able to remember it,” Shapiro said.

Due to her disabilities, Shapiro was told that she wouldn’t be able to attend a four-year college. After attending Saint Louis Community College and receiving an Associates Degree in Early Childhood Education, Shapiro is a junior at Lindenwood University pursuing a Bachelor’s Degree in Special Education.

On her path to graduation, Shapiro still uses music as a tool to memorize important information. Several times a week, she plays the piano and sings along with professional vocal teacher Darcie Johnson. Johnson has been working with Shapiro for six years and explains her excitement about Shapiro’s life story:

“It’s a great story. It’s really encouraging and it teaches you to keep working and try hard. Don’t let anything even if you have impossible obstacles to overcome,” said Johnson, explaining her respect for Shapiro.

“The Music that gave me a voice” is available on Shapiro’s official Facebook page for the price of $15. Shapiro says her simple message is to encourage people who are told the same thing she was told in High School.

“You tell them straight to their face: let me prove you wrong and give them the attitude that will scare the crap out of them,” Shapiro said.