Gymnast fights fear and inspires others with her positive attitude 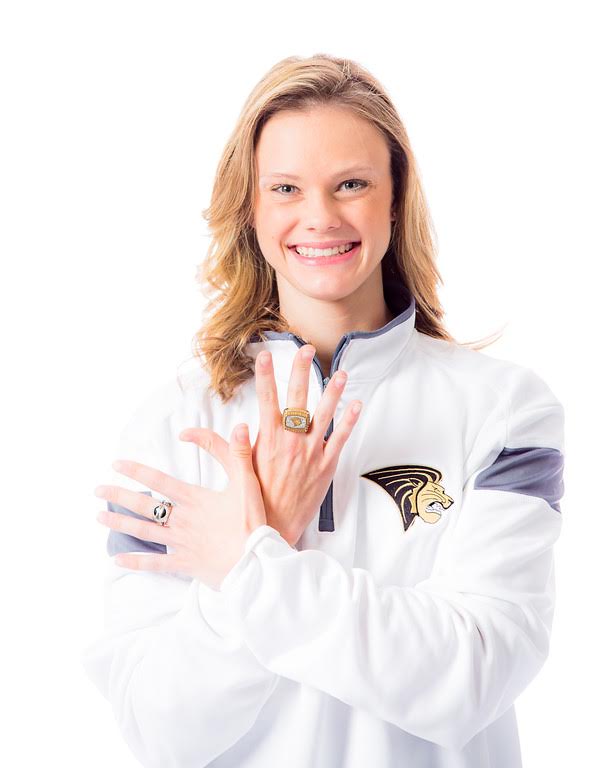 Lindenwood University’s two time national champion team is full of outstanding members. Lauren Cartmell is one gymnast with a story of overcoming her fears. Cartmell graduates next December, but she will leave behind a legacy of strength, positivity, and encouragement.

While the team won the championships with their ability to make routines look effortless, Cartmell’s gymnastics journey has not been easy.She began the sport when she was a year and a half old, and by the age of six she was competing. However, though Cartmell’s physical strength was increasing, she was creating mental blocks that were holding her back.

When I was four years old, I landed on my neck and that generated a lot of fear. Not only was that fear there but my coach at the time was also very verbally abusive and I struggled to overcome that,” she says.

She has continued to fight fear through the years , but Cartmell has not let her internal struggles weigh her down.  She says she loves to be positive. She has learned to turn negative situations and put a positive spin on them. Because of this optimism, she has inspired many people.

Reflecting on Carmell’s impact as a senior, teamate Katey Oswlat says, “She was a great example for us really. She was always there for the freshman. It’s really inspiring to see her come in every day with a positive attitude, fresh start, and no matter what, she’s always a hundred percent dedicated to the sport”

This year, Cartmell was named an All-Conference team member as well as an All-American for the second time in a row for balance beam.

“I literally just prayed the entire routine. My mind was completely away from the fear that was once inside me,” Cartmell said.

Ever since coming to college and becoming highly involved with the Christian organization Athletes in Action, Cartmell says she always aims to give her life  and her fears to God. Gymnastics has become an “act of worship” for her.

“It’s been a huge turnaround from where she was freshman year to where she is now. She’s one of the most selfless people I’ve ever met,” Kesler said after Cartmells last solo performance at the 2016 USAG Colligiate National Championships.

Cartmell plans to coach and mentor younger gymnasts now that her competitive career has come to a close. She will share the message that gymnastics isn’t about the metals received or the titles earned, but about the work dedicated to overcoming challenges.