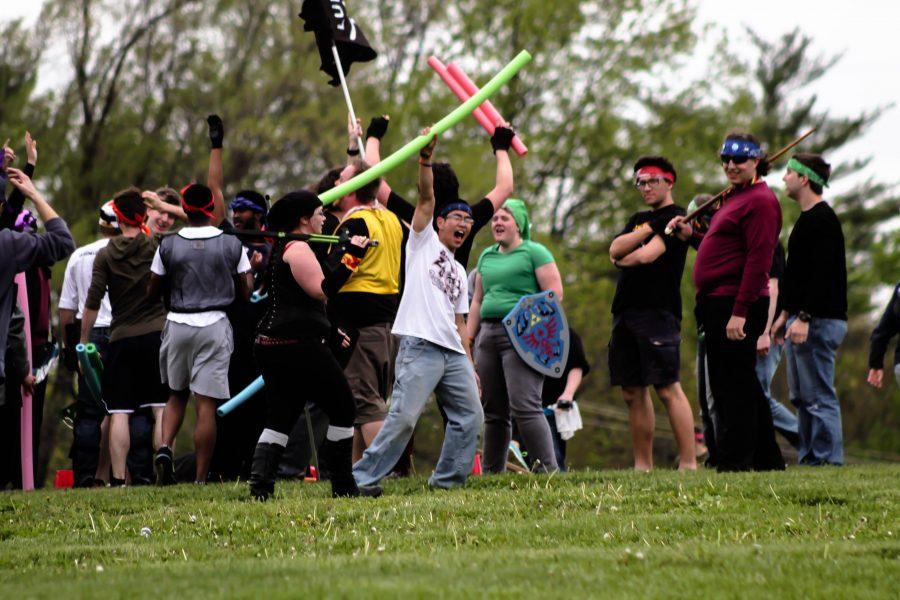 Humans vs. Zombies is a live-action game that takes place on campus one week each semester, but the game has gathered a lot of animosity from non-participating students. I could argue both for and against the game. Personally, I think it looks fun, in spite of some questionable costumes. I would definitely participate in it if I weren’t already a big ball of stress. Looking over my shoulder all week in fear of getting eaten by a zombie is not something my adrenaline levels could handle.

The people playing HvZ are usually not the ones demanding insane amounts of attention on a regular basis, and I think it’s great that there are campus activities for that group of people as well, even though it’s only once a semester. A lot of people complain about the game though. Even though rules are in place, non-participants sometimes get hit by a Nerf gun or balled up sock because they were mistaken for a player. Sometimes players use non-participant students as a human shield to hide behind, and that is, understandably, fairly annoying.

The main complaint, however, is that it’s irritating to have people running around and shouting all day and night. For the people living on old campus, the loud noises at night are very aggravating when trying to study or sleep, and from that point of view I completely agree that the game is superfluous. I also just think that there are a lot of other annoying events and people on campus in general, and those take up a far bigger amount of the semester than a week-long game.

The bottom line is that we have to allow people to do what they want to and accept them for that – or at the very least tolerate it for a week. Just because we don’t have the slightest interest in a thing doesn’t mean we should keep others from having fun with it.