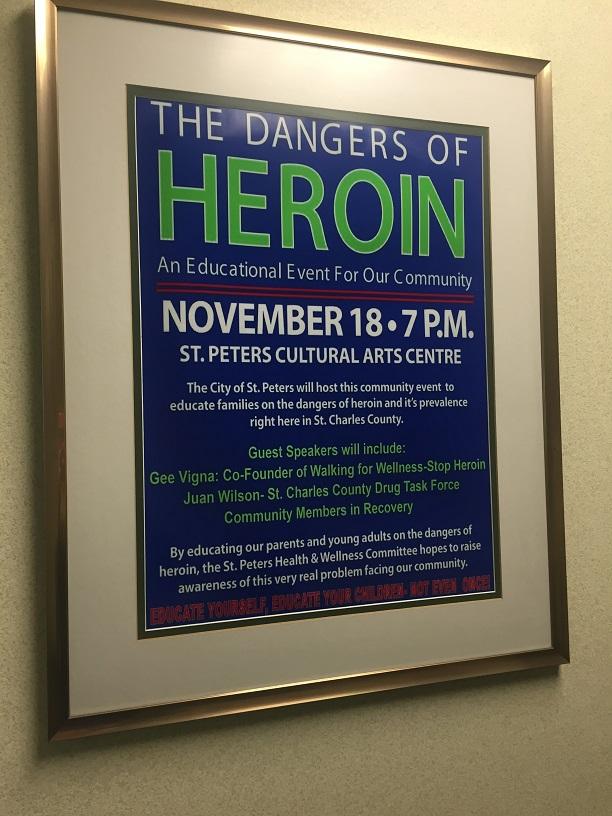 Resisting the heroin epidemic is a constant battle for law enforcement in St. Louis and St. Charles.  Juan Wilson is a task force officer for the St. Louis division of the Drug Enforcement Association who turned his job into his passion.

A typical day for Wilson includes investigating leads and shutting down drug dealers. His job is to find the person who sold the drugs that caused somebody to overdose.

He didn’t start his law enforcement career with the intention of battling drugs. After graduating from the police academy Wilson worked as a patrol officer. But it didn’t take long for him to know he wanted to do something more.

Wilson first knew he wanted to focus on heroin when he lost his father-in-law to an overdose. He spent about two-and-a-half years as an undercover task force officer in hopes of getting drug dealers off the streets. But a normal day at work turned into a day that he would never forget.

“Toward the end of my task force time there, I got robbed at gunpoint. That kind of put a lot of things into perspective. Especially since at the time my son was going through chemotherapy and radiation treatment from brain cancer. So I kinda wanted to slow things down” said Wilson.

Wilson moved from undercover in St. Charles to being part of the D-E-A’s task force team. But slow is not the right word to describe his job. Officer Wilson is currently working 35 overdose cases, most of which are in St. Charles County.

D-E-A group supervisor Kevin Merkel knew immediately that Wilson would fit in with his team.

“I recognized the talent that he has for doing the overdose and the passion that he has doing community outreach and talking with the folks about the dangers of addiction. He’s more involved than any other policeman I’ve ever worked with” said merkel.

“You do one thing, there’s so much more that needs to be done. I always feel like I’m not doing enough. And so I’m always trying harder and harder to try to be more vigilant in the community” added Wilson.

St. Peter’s mother Gee Vigna lost her daughter to heroin three years ago. She started the “Walking for Wellness” group to raise awareness and says Wilson is a key player in the local fight against the drug.

“As a police officer you can’t be my enemy in this particular case, you have to be my friend and vice versa. He takes the time to meet you. He comes to your house, he learns about your family. He has truly been such a very kind gentle soul” said Vigna.

Having two children of his own, Wilson understands the fear of having a child get involved in heroin. He keeps that in mind every time he sees a young person die from an overdose.

“Every victim from a heroin overdose that I’ve either arrived on scene or saw the photos; they’re still in my mind, they don’t go away” said Wilson.

Wilson is visible in the community is through social media. A strong presence on Facebook and Instagram has helped people who need support after being victimized by heroin find Wilson.