Bowler achieves success on and off the lanes 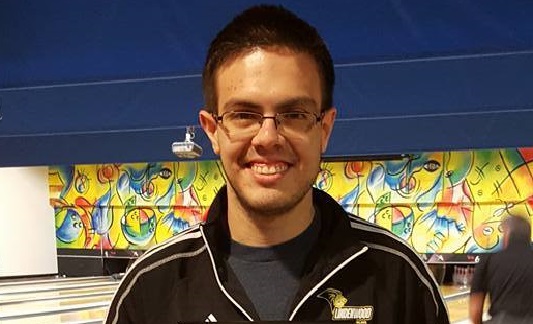 Lindenwood University recruits people from all around the world to bowl. And because of that, the Lions have one of the top bowling programs in the country.

One of the International players, senior Rodolfo Madriz, is smart both on and off the lanes.  He is a Computer Science major with a double minor in Marketing and Business. He also holds a 4.0 GPA.

Madriz learned to bowl when he was 12 years old, which many in the sport would consider old for a future competitive bowler. He credits his success to his Grandpa and the local bowling center owner.

“I pretty much practiced every day,” Madriz said. “I went first with my Grandfather, just to learn how to play straight, and I got lessons from a guy in Costa Rica who owns a bowling center.”

Madriz’s skills on the lane improved rapidly and have landed him in competitions around the world. He has traveled to 16 different countries and has competed for his home country of Costa Rica since 2007 and has been a great role model to others.

“Rudy’s been pretty fun to have on the team. He’s fun, energetic, and brings a hard working aspect to our team. He’s been a lot of fun to be around and I can’t wait to bowl Nationals,” Sherman said.

While Madriz can be energetic, he knows what he has to do every shot to keep his composure.

“I’m not going to get to that conclusion unless I calm myself, start thinking, don’t like panic, control anxiety, control emotions, so you can make better decisions that can improve your bowling during competition,” Madriz said.

Sophomore Michael Coffey has bowled with Madriz on Lindenwood’s team for two seasons. He says that Madiz is more than just a good bowler.

“I’ve learned many things from him on and off the lanes,” Coffey said. “I’ve seen the way he treats others around me and I’d love to be like that someday.”

Madriz is currently in his offseason for Costa Rica and will bowl Costa Rica’s team tryouts in June.

As for the team, Lindenwood is ranked third in the nation and will travel to Wichita, KS for Nationals April 21-23.