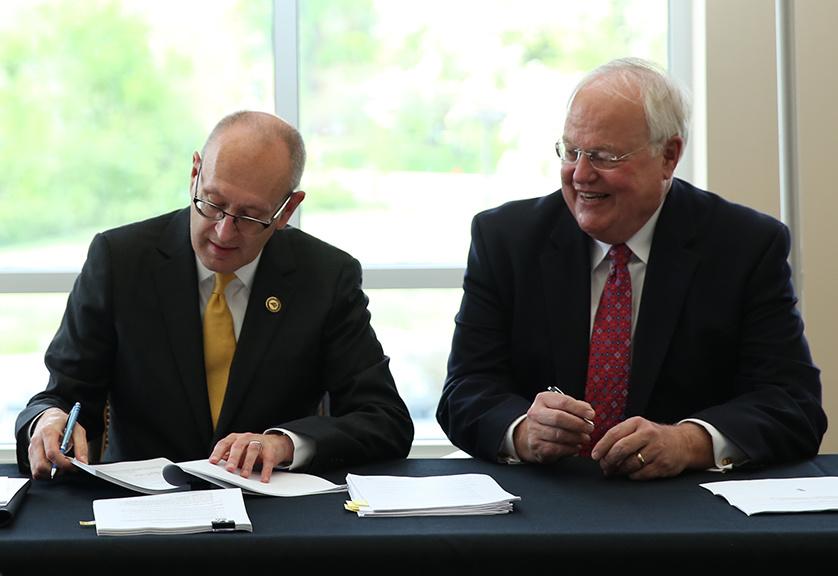 The Daniel Boone Home and nearly 300 acres of land have been donated to St. Charles County by Lindenwood University.

Lindenwood President Michael Shonrock made the announcement at a press conference in the James Scheidegger Center on April 29.

“We started assessing all the properties that we had and started talking long-term what we would like to continue in terms of our various programs and activities,” Shonrock said. “We got together [with the county] pretty early and appreciated the opportunity.

“It didn’t take long to talk about what we wanted to do together.”

Shonrock was joined by County Executive Steve Ehlmann at the press conference for a formal signing of the donation’s legal documents.

“I think it’s safe to say that we will be in the short term continuing what Lindenwood has been doing out there, but we have some long-term plans as well to develop the entire acreage as a county park,” Ehlmann said. “With the consent of the [County] Council, we are going to be naming this facility Lindenwood Park.”

The property located in Defiance, Missouri consists of the Boone Home, the Boonesfield Village and an additional 200 acres of land.

According to county representatives, the historic buildings will continue to operate as tourist sites. 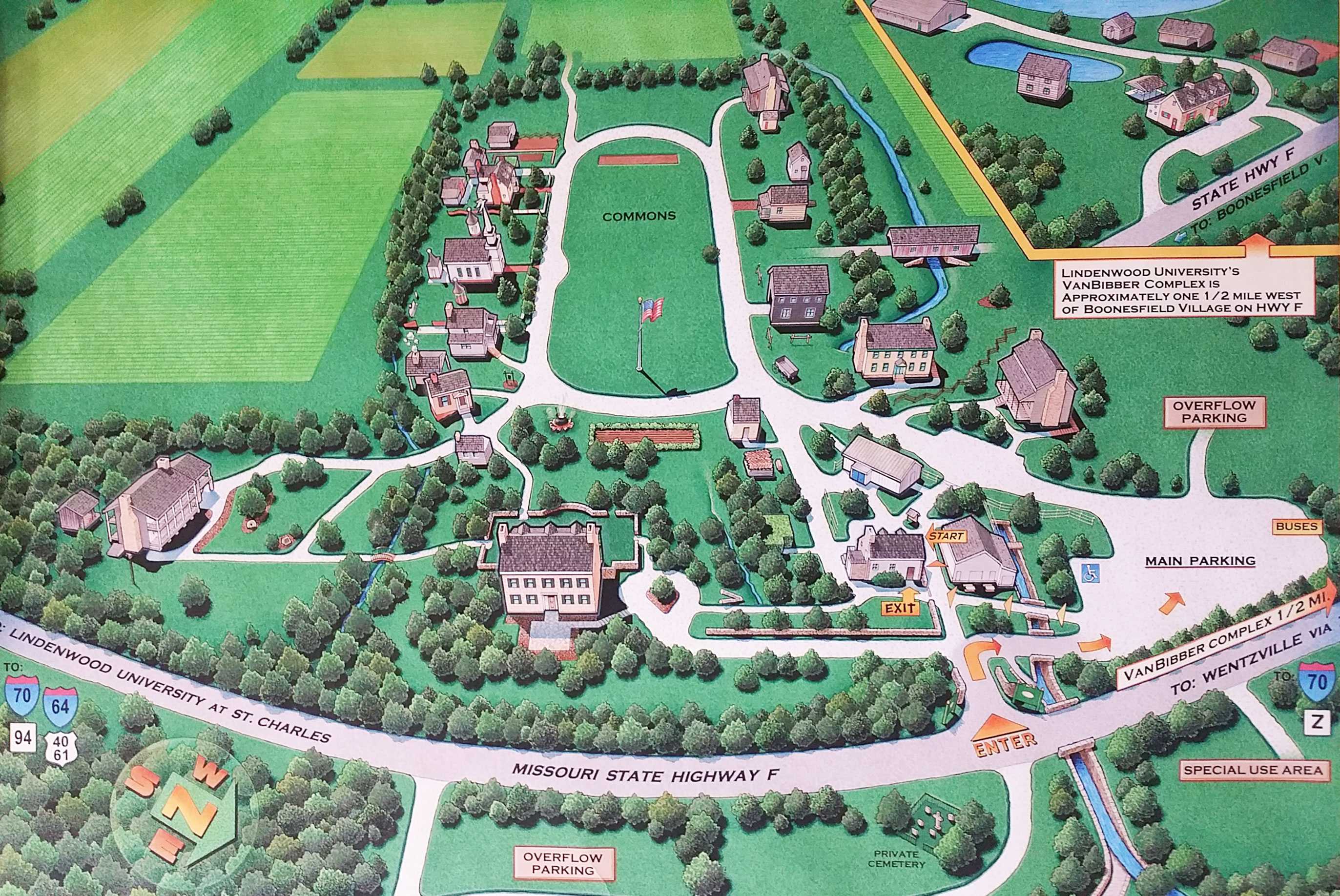 An agreement on the terms of the donation was approved by the County Council on April 25. The property is expected to officially exchange hands during the next few weeks.

Under the agreement, the university will continue to use the property for several of its classes, including field biology, archeology, history and several other courses.

The Boone Home was donated to Lindenwood by the Andre family in 1998. The family originally purchased the site in 1950 and multiple generations helped turn it into a venue for educational programs.

Lindenwood vice president of operations and finance chief operating officer Julie Mueller said the family gifted the property to the university in hopes they would continue the programs and that their wish was quickly fulfilled.

“We immediately introduced new educational programs for K through 12 children, as well as holding college classes there as well,” Mueller said.

In the years following the donation, the university proceeded to buy several pieces of land surrounding the property. They also maintained and repaired around 12 historic structures. Several additional historic buildings were reconstructed on the property, which now houses more than 20 different structures. A new maintenance complex, pavilion, water tower and several other improvements were made to the site.

According to Mueller, the university’s total capital investment in the property exceeds $11 million.

Plans for the new park are not yet finalized, but officials say they will incorporate several of the amenities found at their other parks in the county. St. Charles County currently has 11 different parks, which combine for a total of 3,174 acres.