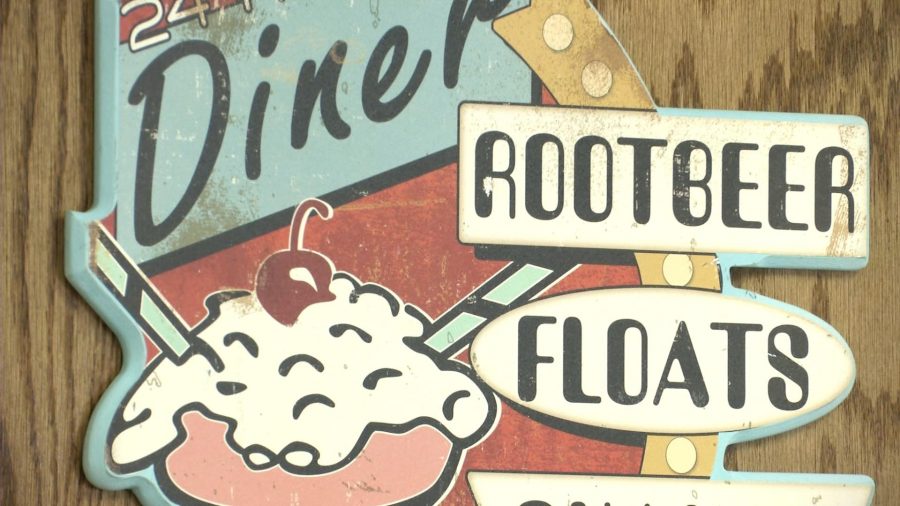 Little O’s Soda Shop on Main Street in St. Charles City is taking its customers back to the 1940s by selling old school soda fountain drinks and candy.

The shop was opened four years ago by Brent Ozenkoski and his wife Christi in order to bring back some of the 40s soda shop thrills.

“I just love the old school days,” Brent Ozenkoski said. “A simpler time back then. Things were slower pace, easier going life. People had it right the original times.”

It was common to find a soda shop in many U.S. towns, said Ozenkoski. And he thought Main Street needed that type of place.

Phosphates are one of the main things Little O’s is known for. A phosphate is simply carbonated water and flavored syrups. The person making the drink has to know a thing or two when it comes to whipping up a phosphate. They’re called soda jerks, because they have to jerk the handle of the carbonated water faucet back and forth in order to mix up the drink.

“Yeah, and that’s my title,” Grant Krull, Little O’s Soda Shop employee said. “I’m a soda jerk. It’s great to get to come in and say I get to be a jerk for work.”

Grant has been working at the soda shop for several months and says his favorite thing is the root beer. He will not drink one anywhere else.

Ozenkoski does love the simpler times, and he appreciates them even more when he gets a customer who can be transported back in time as well.

The younger generations are even embracing the classic soda shop feel. Henry and his mother Jill stop by the shop to get Henry a scoop of his favorite ice cream. He usually goes for the Superman, a blend of colorful flavors.

“When we come to Main Street he always asks to stop and have ice cream,” Jill Bischof said. Her young son Henry added, “Cuz they have good ice cream here.”

“It puts you in a place where it’s a much simpler time,” Krull said. “When you didn’t have to go through such complicated processes. Everything is from scratch, by hand, just the way it should be.”