Dance studio encourages all ages to dance through life 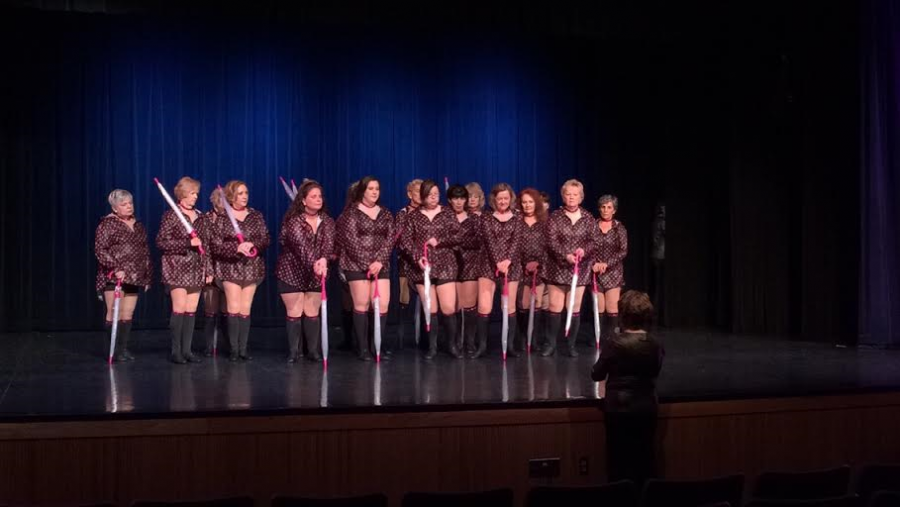 For the women at Dancing Thru Life studio in Ballwin, age is only a number. Christine LaBlain DeHart started the adult only women’s dance studio in 2007 after 45 years of teaching children. She teaches her passion all while empowering women.

She wants people to know that people don’t have to stop dancing just because they are older.

LeBlain DeHart holds a gold medal in tap dancing in the Senior Olympics, and was crowned Miss Missouri Senior America in 2008. 76 year old student Jacquie Crawford holds the title of Miss Senior Missouri 2008. She met Christine through the pageants and began taking lessons at the studio to help an aching back. Crawford loves Christine’s teaching style.

She states, “[Christine] is an excellent teacher. There’s hardly anything you couldn’t learn from her. She’s very patient. I just feel really good being one of her students.”

Adult only studios are a rare, but Christine’s adjusted teaching style and adjusted facilities bring in passionate students. The dance floors in the studio are “sprung” dance floors. This means that they have a little extra cushion which makes dancing easier on the joints, and significantly reduces injury.

LeBlain Dehart is encouraged by the growth of her studio. The first year she opened with 70 ladies and she teaches 130.

With a smile on her face, she joked, “This was actually supposed to be retirement…. but it didn’t work.”

To take some weight off of Christine’s shoulders, choreographer Linsdey Hulsey teaches advanced jazz and street tap to the women in their 30’s and 40’s, while LeBlain DeHart teaches traditional tap as well as modified ballet and jazz.

The studio has enthusiastic and passionate ladies of all ages, With women ranging from 18 to almost 80 years old, Dancing Thru Life is proof that you’re never too old to do what you love.

79 year old Sylvia Swaysland has been dancing with the studio for nearly ten years, and is the oldest in the studio. She explained what got her back into the world of dance.

“It makes me so happy. On my 60th birthday my husband gave me a present of tap shoes and had signed me up for lessons. He didn’t know that that present was going to cost his so much because that was like nineteen years ago,” she says.

To encourage dancing, Christine LeBlain DeHart offers what the women call “buffet dancing.” Students can pay for one class, or for a little extra money they can take as many classes as they want for one fee.