St. Louis native attempts to speak his way to a world record title 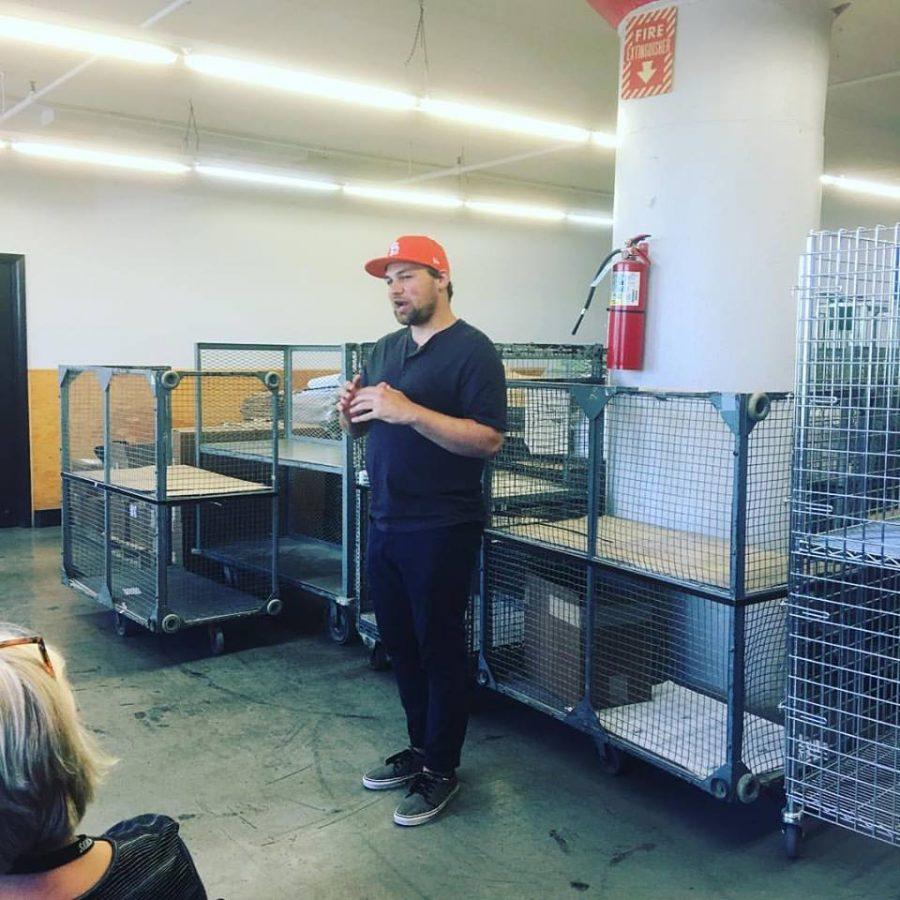 Brryan Jackson has an incredible story of hope and forgiveness. He was injected with the HIV virus when he was eleven months old by his father. When was five, he was diagnosed with full blown AIDs and not expected to live past the age of six. Jackson is now 25 years old and accepting any new challenge he can attempt.

Jackson is now a motivational speaker who started the non-profit organization “Hope is Vital” at the age of eighteen to share his story and spread positive and encouraging messages about the truth of HIV/AIDS. On April 28-29, Brryan attempted to break the Guinness World record for most speeches given in 24 hours. He needed to beat the record held by former presidential candidate Ralph Nader of 21 speeches in one day.

Beating the Guinness World Record is no easy task.  Guinness rules include ten minutes of unplanned speaking, ten new people at every speech, varying topics, and the attendance of two professional witnesses.

At speech number four outside of Busch Stadium, Jackson expressed how he was feeling in the early stages of his journey.

“To be in this great city on a great day, and to have the people behind me that are supporting me is just an absolute blessing,” Jackson said.

Throughout the day he spoke about topics like leaving a legacy and having hope. His story is what tied the speeches together. Speech number fifteen was at a Harley Davison dealership. The sun was setting after a hard day. Jackson was tired, but he endured.

At speeches sixteen and seventeen, Brryan continued to prove that you can inspire people at any location. He visited locations like Massage Envy and 66 Cigar. The next morning, Brryan got himself out of bed bright and early.

By 8:45 he was giving his last speech at St. Charles Community College. By nine o’clock on Friday morning, Jackson could say that he completed 24 speeches in 24 hours. He said that he and his witnesses experienced their fair share of challenges, but it all worked out.

Jennifer Jackson was there to support her son for much of his World Record journey.

At the end of the last speech she said, “I think I was more stressed than him ….[I was thinking] ‘are we going to make it’, ‘hey time is running out’. Our part is finished but now I guess it’s the wait. You send the information back to the Guinness Book of World Records and you wait and you wait.

It will take about six weeks for Guinness to confirm or deny the attempt. No matter what they will report, Jackson is already thinking of new challenges that he can accept.

One idea is a fifty day, fifty state tour.

Jackson says that whether or not he wins or fails, he’s already winning because of the amazing opportunity he had to attempt this record.