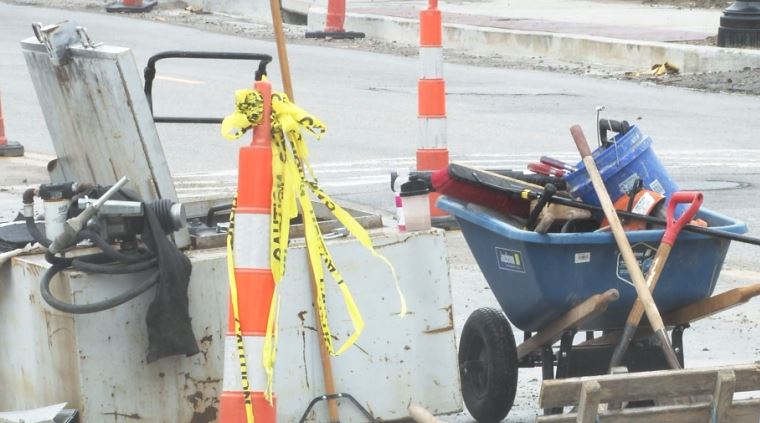 The 5th street construction project began in April 2015. Now, one year later the process is still ongoing but the end is in sight.

“Last April it’s been a year and the concrete contractors have been here for a year and two months,” said Keller.

The city of Saint Charles idea for the project is to have roadway and street improvements.

“It’s a street improvement..wider sidewalks..made it more handicap accessible…ADA and widened roads made it more convenient and added a signal..” said Keller.

With the amount being worked on the project costs are a staggering amount.

“I think it turns about to be an 8 million dollar project,” said Keller.

As residents, drivers, local businesses and emergency services staff are not pleased with the amount of construction that has been happening on 5th street since may 2015.

“I think they should try harder to finish one thing before starting another,” said Lynch.

It has effected Lynch’s business as the construction has blocked their back parking lot and cracked their front entrance stairs.

“We have a lot of elderly clientele and they say we can’t park in the back or do the stairs so we can’t get in. Sometimes we have people call and are outside and say do you have this.. this.. and then I have to go out and bring it to them and then charge their card.” said Lynch.

“I feel the construction on fifth street is very frustrating it just causes for more congestion,” said Chapa.