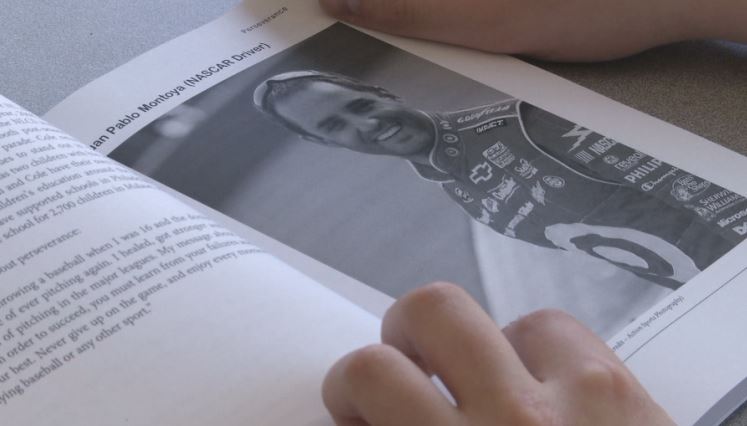 One of the athletes Matthew has interviewed. Photo credit: Emily Miler

Anything is possible if you put your mind to it. Matthew Pearlman, a student at Parkway North High school proves this is true. He began envisioning his passion when he was only eleven years old. Since then he’s published 3 books and a sports writing website teensonpsorts.com.

Pearlman explains when he was younger he was always curious.

“When I was younger I was always looking for something I would be passionate about,” said Pearlman. “At eleven years old that is when I put everything into motion.”

When Pearlman was starting out, his new passion brought road blocks. One of them was his age.

“When they first see me,they say ‘Oh wow I was expecting a 35 year old reporter, ” said Pearlman. “My first interview was Brett Hull and after I got that one big name everything fell into place Kevin Durant, Usain Bolt, I’m amazed.”

Besides athletes Pearlman has interviewed people such as Nelly Furtado, Jason Mraz, and Nelly. His books are more to show people that anything is possible no matter who you are.

“You won’t get anywhere without hard work,” said Pearlman. “When I interview someone I always try to get a backstory because they started where we are today.”

Many people think they would know about Matthew Pearlman’s success but surprisingly many of his friends and teachers have no idea that he has published three books, but he likes it that way.

“I like walking the halls of this school without being recognized with what I’ve done,” said Pearlman.

Matthews teacher Dawn Newport is inspired by Matthew’s success. Newport says Pearlman is quite humble about what he has accomplished.

“He showed me his books, it was absolutely amazing I couldn’t believe how somebody so young could be able to see so many people and get to know and interview them,” said Newport.

Hunter ring who has only known Matthew for 8 months says they really connected when they first met. Ring had no idea of his accomplishments.

“He’s been places I’ve dreamed of. He inspires people to shoot for what you want to do in your life,” said Ring.