Behind the scenes of LUTV 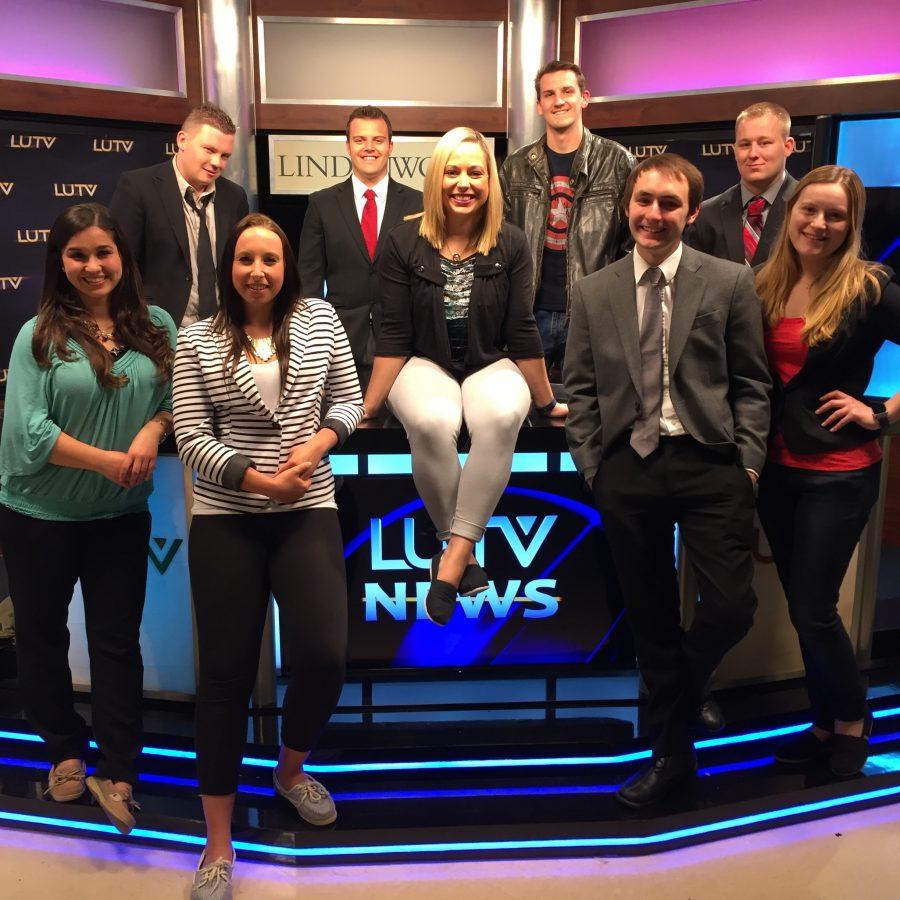 Many mass communication and journalism students are required to take the Super Semester at Lindenwood Universiy.

Part of the course consists of creating news packages for the shows. While they they only last an average of one minute and thirty seconds, Super Semester student Emily Miller say the short run time is deceiving.

“For that, a minute or two minutes, it literally takes you the whole day, or even longer, if you want to make it look really really good,” Miller said. “People have no idea how long it takes.

“Every aspect of creating a package can make a huge difference. For instance, if you forget to alter a light setting in an interview, it could potentially ruin your package.”

For many students, things don’t always go as planned when learning how to put together a newscast. Rottlaender’s first memory as an anchor didn’t go the way he planned either.

“Our first newscast, Brad was producing and two minutes before the show actually aired, or when we had a script change,” Rottlaender said. “They put a new word into my script which I never heard before, since I am not from this country.

“I struggled to pronounce it the right way and I said it like Punkswanny or Punkswatney and it was a bad word.”

Students who have completed the Super Semester say they are prepared for a career in television news, like senior Cassie Kibens.

“I will be a news producer for two affiliates in Cedar Rapids, Iowa. Fox and CBS,” Kibens said. “SuperSemester is pretty much how I got the job I have once I leave Lindenwood.”

This Super Semester consisted of two graduate students, six undergraduate students and a group of production students working in the control room. The students produced newscasts every Tuesday and Thursday throughout the course of the semester.