And you thought your dating life was hopeless – ‘The Lobster’ review 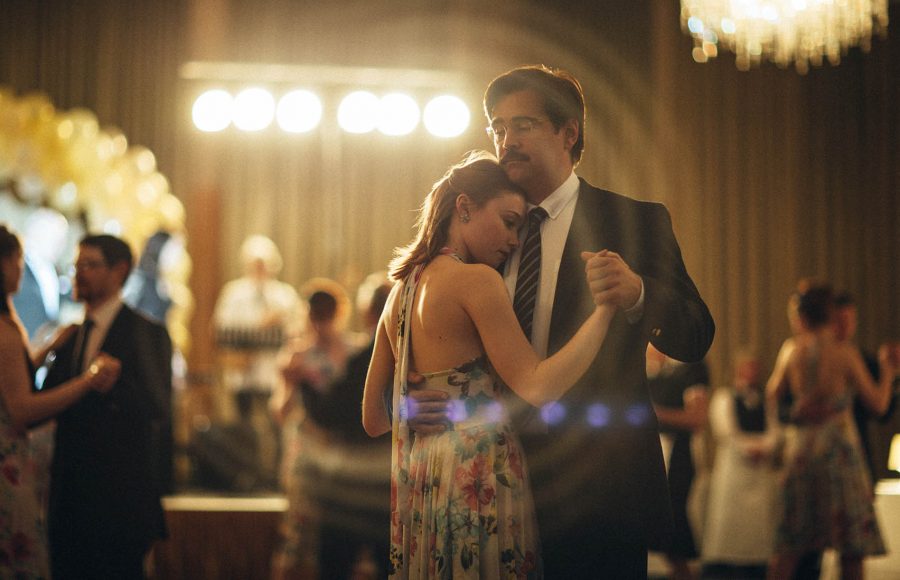 Photo courtesy of A24 David (Colin Farrell, right) tries to woo "Nosebleed Girl" (Jessica Barden) at the Hotel's dance in "The Lobster."

One of the major problems with portraying deep themes in any form of media is that it can come off as pretentious. However, “The Lobster” is a film that avoids this problem. It is a film about how humans view relationships, but uses comedy to poke fun at this, making the film cleverly deliver its message through laughter.

While there are very bleak images to be found, the audience is expected to laugh at them, creating an odd, awkward sensation throughout. The film is literally as enjoyable as it is unenjoyable because of this, but this is okay, as its interesting characters and deep themes add a lot to what is seen.

The best part of the film is its comedic element, as without it, it might come off as another arthouse film that struggles to connect with people. Thankfully, the comedy not only allows its viewers to easily connect with the film’s messages, it is also able to expand on its message, by making fun of certain aspects of human relationships.

As for the visuals and sounds, “The Lobster” uses strange bright-lighting and abrupt, orchestral music to capitalize on its awkward tone. It perfectly blends in with everything happening in the story, but I could not imagine anyone enjoying the aesthetics.

“The Lobster” is definitely not a film for everyone and will likely leave its viewers feeling puzzled right after watching it. However, the ambition that went into creating this complex film is what makes it worth seeing.