‘The Nice Guys’: not much more than retro nostalgia 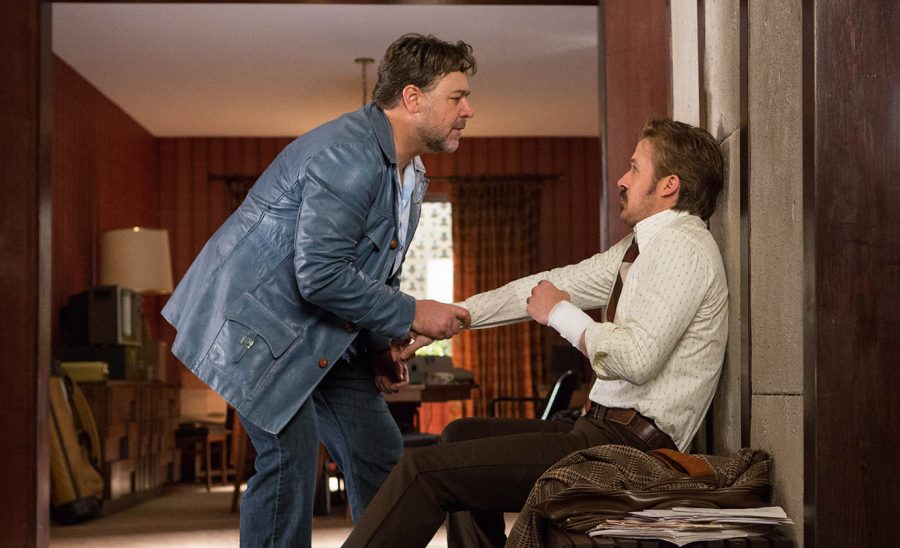 “The Nice Guys” could totally pass as a movie that was made in the 1970s, as it is pandering to the specific type of movies made during this era. The film features aesthetics and film stock that give the film an undeniably “’70s crime movie” feel, along with dialogue that is straight out of the time period. Making the visuals and vintage soundtrack a major highlight While the film is undoubtedly well made thanks to its commitment to the era, it also reveals some story issues that the film industry has mostly outgrown.

There is never a dull moment it the film’s 116-minute runtime, and every scene transitioned to each other very smoothly, due to Shane Black’s directing and script. When the film knows what it’s doing, it is good. Very good, in fact, as the intriguing mystery drives the plot while March and Healy’s banter keeps things entertaining.

However, there are moments when the film does not seem to know what it is doing. While the film is an R-rated comedy, a mystery and a buddy cop film, it is also trying to be a family film, which makes things a bit messy. March’s 13-year-old daughter, Holly (Angourie Rice), is in pretty much every dangerous situation that her father is in, and acts as his moral compass letting him and Healy know what is and is not right. I found Holly to be the most likeable character in the film, but her constant presence sparks some problems, as it makes the dark scenes feel disconnected with its family message, and makes March look like a horrible father for letting his daughter be in dangerous situations, which is poorly addressed.

Gosling and Crowe both play somewhat similar characters, as opposed to the common buddy cop trope of having two completely different personalities working together. I enjoyed their performances, but Rice’s performance carried the film for me.

As for the rest of the film, the main mystery itself is all right compared to other mystery films. It is somewhat predictable but this roughly the same goes for the action scenes that are filled with gun fights that never lead to any serious consequences. The humor is undoubtedly the best part of the film, which has quite a number of laugh-out-loud moments.

“The Nice Guys” is a film I greatly appreciate, but do not necessarily enjoy. I love that Black was able to make a film that feels straight out of the ‘70s with moderate success, but there are too many things about the film that bug me. If you are looking for a well-rounded murder mystery with complex themes, look to other films that do that much better, but if you are looking for a comedy with awesome 1970s aesthetics, “The Nice Guys” is just for you.

Watch our video review of “The Nice Guys” below: