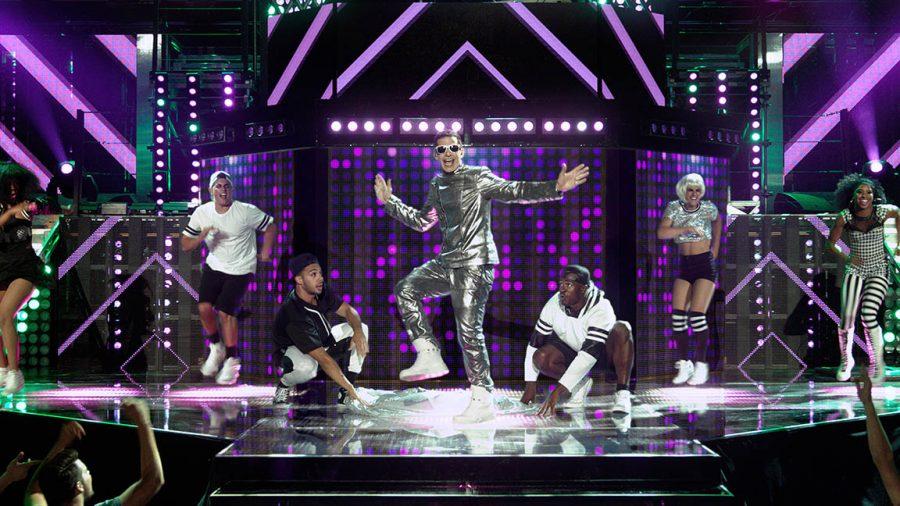 Photo courtesy of CWEB from Flickr Conner4Real (Samberg) tries every trick in the book to keep his status up, but fails hilariously.

As someone who has been a huge fan of comedy hip-hop trio the Lonely Island since their debut album “Incredibad,” “Popstar: Never Stop Never Stopping” was everything I could ever want in a Lonely Island film. Gut-busting laughs, well produced music and an overall fun narrative were the main features of the film, and I cannot think of a film as of recently that has made me laugh harder.

Somewhat of a spoof of the Justin Bieber documentary “Never Say Never,” “Popstar” is a mockumentary following music celebrity Conner4Real (Andy Samberg) during the promotional tour of his latest album. The film also goes into his backstory which reveals that he was originally part of a pop trio with his childhood friends Lawrence (Akiva Schaffer) and Owen (Jorma Taccone) before the group split up.

It is not surprising that “Popstar’s” story is pretty shallow, but it is more about the jokes. One thing that I will say is that I was surprised to find the characters in the film to be so likeable, instilling many “aww” moments.

With a $21 million budget, “Popstar” takes full advantage of it, and is by far the best looking mockumentary to date. Quite a number of scenes take place in concert venues that are essentially music videos. However, holograms, crazy gadgets and magic tricks make these scenes justify their place.

In addition, the music is top notch. The catchy soundtrack features major talent, such as Pink, Adam Levine and Seal, and all boast impressive production quality. The soundtrack will likely go down as one of the Lonely Island’s better albums.

It has truly been years since I have seen a film this funny. If anything, I would compare it to the likes of “Superbad” and “The Hangover.” I literally found tears in my eyes multiple times. The comedy is comparable to the jokes you can find in most of the Lonely Island’s work. The jokes are outlandish and escalate very quickly, but every joke definitely lands.

I can see “Popstar” being called this generation’s “Head,” a 1968 film starring The Monkees. I believe the Lonely Island have yet to learn how to make a truly great film, but because they stuck with what they do best, it is a film that I am sure will have a strong following with their fans for years to come.