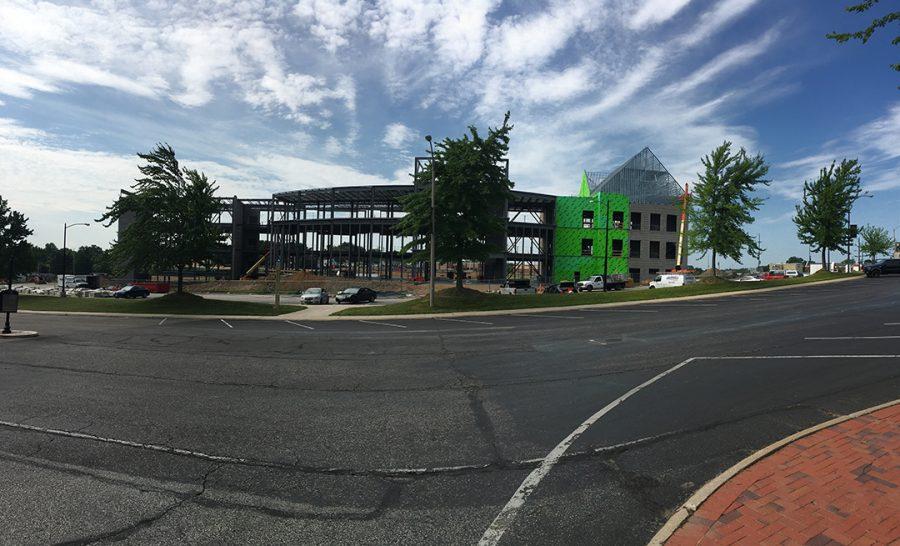 Construction for the campus’ $21 million library has been progressing since classes ended, but the facility’s opening will be later than originally anticipated.

A press release announcing the project’s groundbreaking in May 2015 said that the library would be completed in the latter months of 2016. But President Michael Shonrock said Friday that the facility may not open until shortly before the 2017 fall semester. He said the opening would be no later than Aug. 15, 2017.

The reason for the delay is unclear.

Since May, support structures have gone up for the roof of the library and insulation added to the walls.

The Academic Resources Center, or ARC, will include the writing center, career services, Office of International Students and Scholars and the Student and Academic Support Services. The new space also will make room for additional classroom space and an expanded coffee shop.

The new library is that it will be open 24 hours a day. That will allow students to use the library resources whenever their schedule allows.