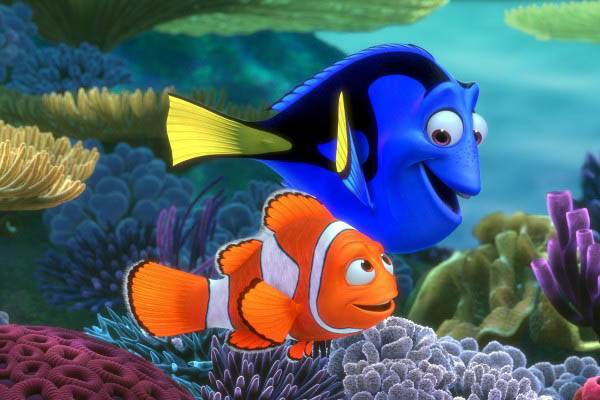 It should not come as a surprise that Pixar would tackle a serious topic like psychological disorders, but the studio’s newest film “Finding Dory,” a sequel to 2003’s “Finding Nemo,” creates a relatable and captivating experience with the subject.

“Finding Dory” takes place one year after the events of “Finding Nemo.” The clownfish Marlin (Albert Brooks) and his son Nemo (recast with the voice Hayden Rolence) have returned to their normal lives and have taken it upon themselves to look after their Pacific regal blue tang friend Dory (Ellen DeGeneres) who suffers from short-term memory loss. A series of events causes Dory to remember that she has parents across the ocean in “the jewel of Morro Bay, California,” which she was separated from as a child. Dory, Marlin and Nemo go to find Dory’s parents on a journey in which her disorder is both a crutch and a blessing.

Fans of the excellent “Finding Nemo” should be happy with its sequel. Instead of going on an epic journey like the previous film, the sequel focuses on developing its characters and their backstory. Instead of traveling the ocean, the film focuses on travelling though time via flash backs to give insight into Dory’s past. This makes for an excellent film that is something completely different from its predecessor.

While old characters, such as Marlin are developed more, the new characters added, such as the whale shark Destiny (Kaitlin Olson) and the octopus Hank (Ed O’Neill) also are great. Everyone is dealing with their own personal issues in the film, but through their relationship with Dory, they are able to see that all you can really do is live life one moment at a time, just like Dory does.

The visuals are still great compared to other 3D animated films. However, some character models look dated, most notably Marlin. It is a shame because Disney’s most recent animated movies such as “Zootopia” and “Big Hero Six” look jaw-droppingly gorgeous, whereas “Finding Dory” just looks nice. The new character Hank does add a lot of visual flare in every scene he is in thanks to his superb animation.

Thomas Newman’s score definitely deserves some recognition, as it is some of the most calming music I have heard in cinema in a long time. It captures the feeling of being alone in a big ocean and is my favorite Disney score I have heard in years.

“Finding Dory” is the best Pixar sequel since “Toy Story 2” as it builds upon its previous story and still continues to do something different. It’s a film that teaches the lesson that no matter what problem’s you go through, “just keep swimming.”