Professor puts fitness to the test as strongman 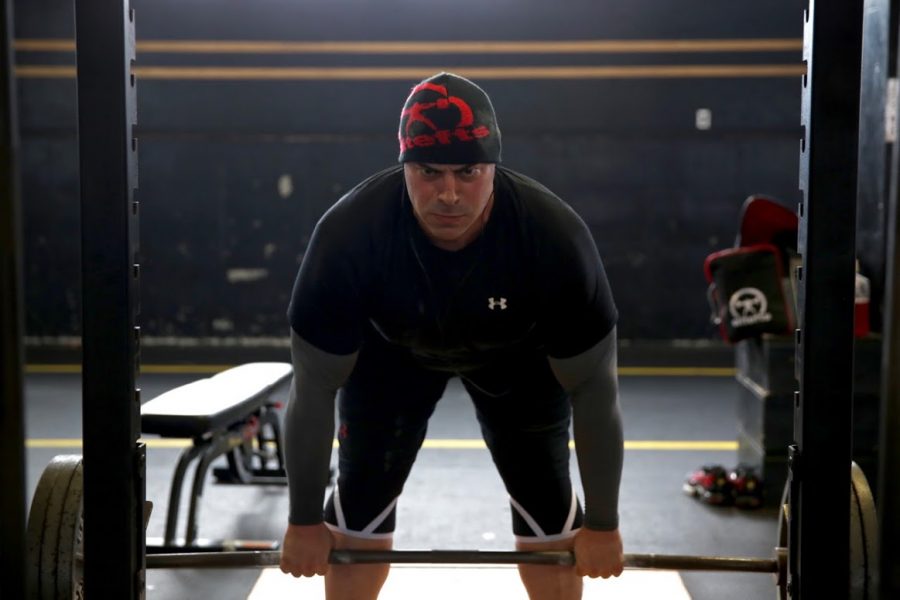 Dr. Jonathan Mike has not competed in a Strong Man competition in more than four years. He says he plans to return to the competitive field later this year.
Photo by Carly Fristoe

Dr. Jonathan Mike’s office seems like many other professors’ offices — except for the power lifting trophies on the book shelf.

Jonathan Mike is not just an assistant professor of exercise sciences at Lindenwood. He’s not just a doctor of philosophy.

He is also a strongman.

Mike, who started as a professor at Lindenwood last fall, hasn’t competed in the strongman competition for four years. He was so busy completing his dissertation that he had no time for competing, he said.

But that is changing this year.

At 6-foot-3, 290 pounds, Mike can lift in one session more than most people can in a lifetime.

Originally from Louisville, Kentucky, Mike was active even as a kid.

“My brother and I did sports in our youth,” Mike said, “Baseball, basketball, we swam. We played tennis.”

Mike said he got bit by the bug for training when he was a senior in high school. He heard about a teacher who taught weight training class and started meeting with him at the local YMCA to learn basic lifting techniques.

“Then it just really hit me,” Mike said.

He went to college in Western Kentucky University and received his bachelor’s and master’s degree in exercise science, which started his journey toward becoming multi-professional in fitness.

He got his doctorate from University of New Mexico in May 2015. The certificate hangs high above the book shelf. No one coming to his office could miss it.

“An amazing accomplishment,” Mike said. “I’ll always be proud of it. It is the hardest thing I’ve ever done.”

Besides teaching, he is a columnist for consumer fitness and bodybuilding online magazines and does other writing projects. He is a NSCA certified personal trainer and also a motivational speaker for the association.

To balance the work, he plays guitar and piano.

“Those are the things that are very therapeutic and in a sense can give you a sense of civility and humility,” Mike said.

His biggest passion, though, is the strongman competition.

In 2007, when Mike had just started at the University of New Mexico, he saw fliers on the wall for a local strongman contest. He went there curious and met the promoter. It was only a few weeks later when he went to his house to give it a go.

“I tried tire, tried an Atlas stone,” Mike said, “It was only like a 220-230 pound Atlas stone, and I could not even lift the stone off the floor much less even load it.”

What followed was a couple of more competitions in the state where he got fourth place.

“At that point I was like ‘you’re either gonna get a little more serious or just mess around’,” Mike said.

He did two contests the next several summers and got second and third places. He qualified for the national competition in 2009.

This year is time for his comeback, and he wants to be better than ever. So how does he get ready?

“A lot of bands and chains, different types of special bars,” Mike said.

He trains three to four times a week at the gym depending on how busy he is.

When it comes to diet, he eats approximately 4,000 to 5,000 calories a day. A typical breakfast consists of five or six eggs, two or three packages of oatmeal, half a bagel, two or three slices of toast and pancakes.

“I am a big fan of blackberry blueberry pancakes; three of those,” he said.

Mike, 34, said he plans to continue competing well after 40.

He is always striving for better and wanting to inspire others.

“I like to put a lot of energy to the things I do,” he said. “If you’re not looking to get better, what are you doing?”