‘The BFG’: just big enough to win over the kids 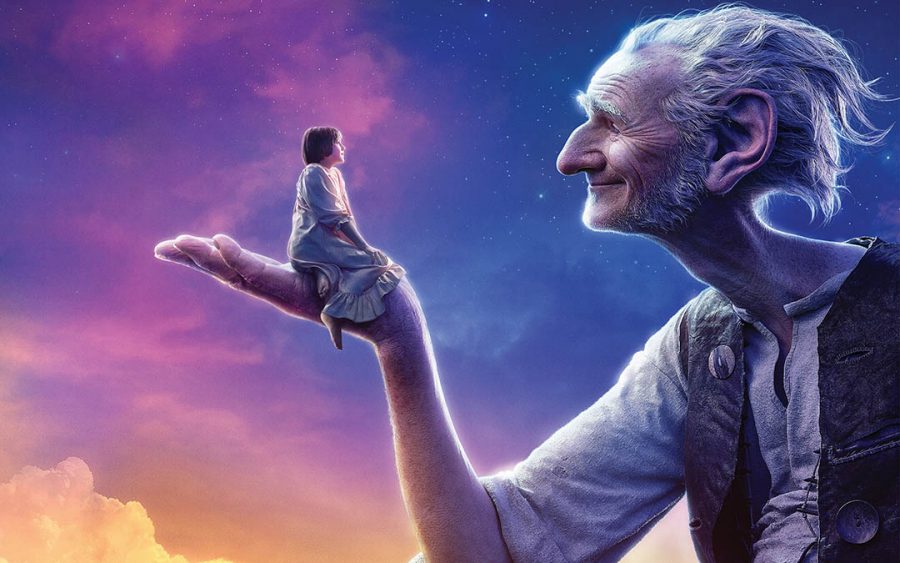 Photo courtesy of tofoli.douglas on Flickr Sophie (Ruby Barnhill) sits atop the hand of The BFG (Mark Rylance)

Steven Spielberg’s “The BFG” will likely struggle to connect with anyone above the age of ten, as it panders to a younger audience with its overly simplistic approach. Based on the 1982 children’s book by Roald Dahl, the adaptation ends up being a subpar film, outclassed by the likes of films made by Pixar and Dreamworks, which have been well received by audiences of all ages.

“The BFG” is about a young orphan named Sophie (Ruby Barnhill) who befriends an old giant (Mark Rylance) whom she eventually gives the name “BFG” (Big Friendly Giant). Sophie’s new oversized friend takes her into Giant Country, a magical land where man-eating giants live, causing a multitude of problems for the human world.

If I were to describe the character of The BFG in one word, it would be “old.” Sophie and he have an odd granddaughter/grandfather relationship that feels extremely awkward at times. His speech is difficult to understand, his mind is slow to pick up on things and he has the overall personality of a 90-year-old. When considering how in modern children’s movies, characters tend to be relatable and dialogue is quick and sharp, “The BFG” has extremely basic characters that are really only defined by their age. The dialog is also purposely slow, giving younger viewers a better understanding of the already basic plot.

Luckily not everything with “The BFG” is bad. I will say there is a lot of charm and heart carried into the film and I admire how child-friendly Spielberg kept the film. I could definitely see the joy in Sophie’s adventure into Giant Country, even if it was a bit slow.

Speaking of Giant Country, which features some gorgeous CGI, “The BFG” includes some great aesthetics. The visuals are helped by the fact that the film is not afraid to be bright and colorful, and the lighting and CGI are impressive. It also does not hurt that legendary composer John Williams delivers a great score worth of his name.

Ironically, despite being a Disney film, “The BFG” is out done by many other Disney movies. The young character/old character dynamic is vastly inferior to the one in “UP,” and just about every element found in the film is done much better in “The Jungle Book,” which came out earlier this year. Perhaps if the film came out years ago, it would feel as dated as it does now.