Football Lions to remember No. 1 fan with tree near Hunter stadium 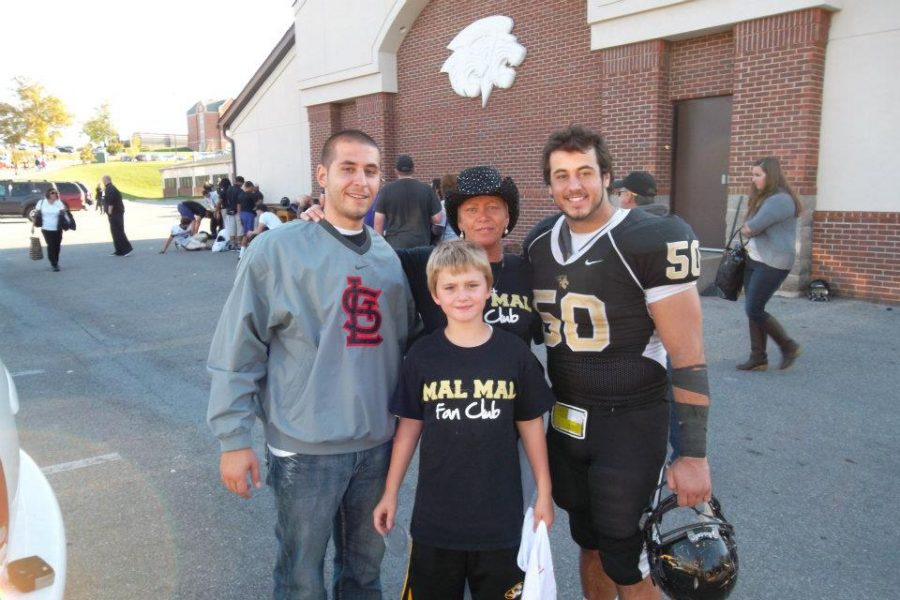 Keri Hinkley Brickey and her family
Photo provided by Facebook

A late football fan noted for her support and cowbell, is being honored with a memorial near Hunter Stadium, officials said.

Keri Lynn Hinkley Brickey, who died June 19, was the mother of Malach Radigan, class of 2014. Radigan was a captain for the Lindenwood football Lions, and “Momma Mal Mal” was always there cheering her son and her Lions on, said Michelle Giessman, director of alumni relations.

Proudly sporting her No. 50 football jersey and armed with her cowbell, Brickey never missed a game and continued supporting the Lions even after Malach concluded his career at Lindenwood, Giessman said.

“She looked after all of the Lions and just loved the guys so much,” she said. “I am pretty sure the feeling was mutual. We had a lot of fun at the games home and on the road.”

To commemorate Brickey’s support, a tree is to be placed overlooking Hunter Stadium.

“That way she will always be near, keeping watch over all of the athletes,” said Giessman.

Donations are being accepted to help with this endeavor. Those who would like to participate can send donations to Kassandra Schnell in the Development Office. Call 636-949-4424, for more information.