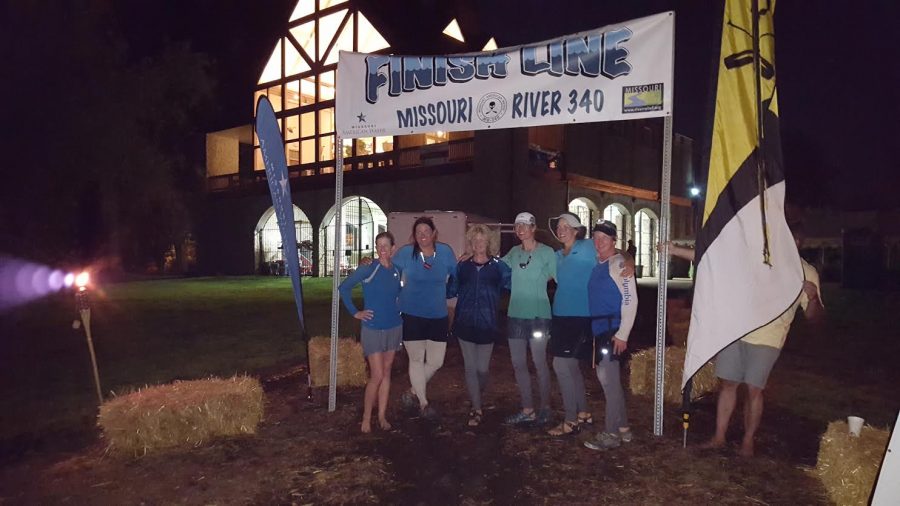 Team Boaty-licious stands at the finish line of the Missouri 340, said to be the longest non-stop river race.

Team Boaty-licious becomes the first all-female team ever to paddle to victory in the Missouri 340, one of the longest non-stop river races, which finished at the Lewis & Clark Boathouse in St. Charles.

The 340-mile race takes place on the Missouri River from Kansas City to St. Charles. Competitors have 88 hours to complete it,

The competition started on Tuesday. This year, more than 600 boaters from around the world competed in a variety of divisions, including women’s solo, men’s solo, Voyager and mixed tandem.

The race offers nine checkpoints along the way for competitors to find shelter, food, rest areas and resupply. Each competitor is required to sign in and out to every checkpoint.

The first place team, consisting of Amy Boyd, Brenda Jones, Mollie Binion, Morgan Kohut, Virginia Condie — all of Texas — had a time of 38 hours and 22 minutes.

Greg Nansker, a Missouri 340 event volunteer, said the boat house is a great choice for the finish line.

“St. Charles was chosen because of the history of Lewis and Clark because that’s where they both took off from; it’s a logical place,” he said.