Billboard hopes to ‘CRUSH’ heroin use 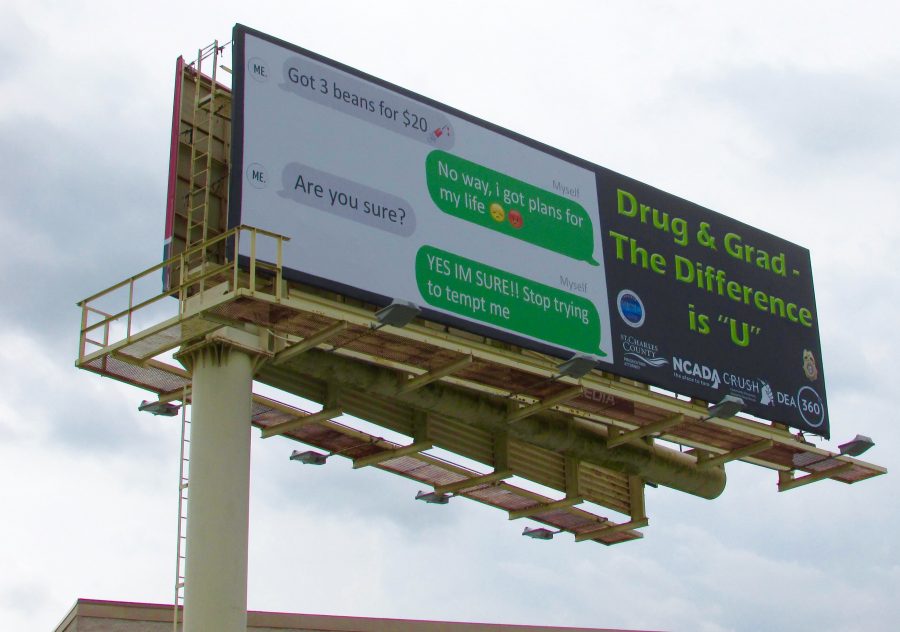 Commuters to Lindenwood University may have noticed a new billboard on Interstate 70 near Mid Rivers Mall with an anti-drug message.

The billboard is sponsored by Community Resources United to Stop Heroin or CRUSH, whose sole goal is to be an informative voice to St. Charles County middle schools on the dangers of drug use, heroin in particular.

Tim Lohmar, prosecuting attorney for St. Charles County, said using resources like the billboard bring the epidemic to the forefront.

“It’s absolutely going to help,” Lohmar said.  “Look at heroin five years ago; people didn’t even know we had a problem. Efforts now brought it to the forefront, and everyone knows about the epidemic.”

According to Lohmar, roughly 50 percent of property crimes are committed to get money to buy drugs, and that drug, more often then not, is heroin.

The community-centered organization attempts to spread awareness of the problem and also provides resources to those who might be in need. Lohmar said it’s an attempt to reach the community outside the use of law enforcement.