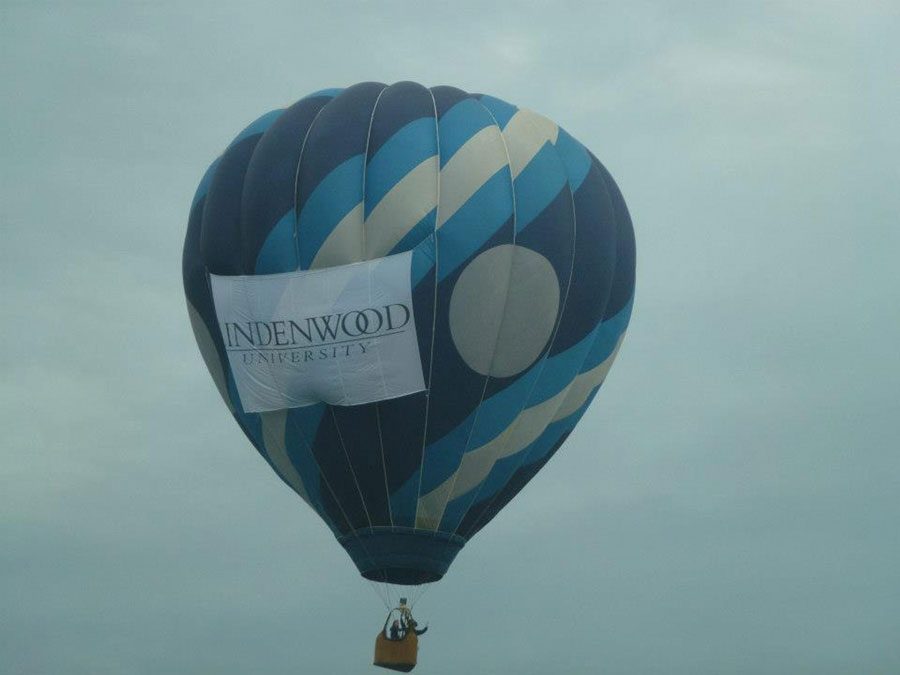 The 40th annual Great Forest Park Balloon Race was held on Saturday, Sept. 15. Lindenwood’s balloon, the Crystal Ball, was piloted by John Esserman (a.k.a. The Foxhunter) and carried passenger Dr. Rachel Douchant, an LU professor. This was the first year that Lindenwood has sponsored a balloon in the race.
Esserman attended the same gym as Professor Christina Green, another LU sprofessor. Esserman mentioned that Green and her husband, Jim, should try crewing for his balloon sometime. “The next time John flew, Jim and I were there,” Green said. “The rest is history.”

Nine years later, the Greens still crew for Esserman, inflating, chasing, deflating and packing away his balloon. At last year’s Balloon Race, they noticed that other schools like Fontbonne and Washington University had balloons in the race, and thought it would be nice to have Lindenwood’s name on one. Plans to have Lindenwood sponsor Esserman in the race moved quickly. When President James Evans and Vice President Jann Weitzel were unavailable to be passengers, the opportunity opened for Douchant.

Douchant was admittedly terrified of rapidly gaining height after takeoff. She was entrusted with holding important devices like their GPS and radios, which were used to communicate with the chasers, and looking ahead for potential landing spots. She also assisted Esserman by keeping an eye on other balloons that may be closing in on them. Esserman commented, “We can’t see anything above us, so we are each responsible for whoever is below.”

Once she adjusted to the height, Douchant was able to focus on chasing the Energizer Bunny balloon and finding a safe landing place in a close proximity to the ‘Hot Hare.’ She enjoyed riding at tree top level, shouting and waving to people below. She complimented a roofing team and pointed out some familiar places as she and Esserman floated by.

“The view of our city was breathtaking,” Douchant commented, “especially looking back at Forest Park as more and more balloons took off.”

The trip lasted an hour and a half, which is fairly long for a balloon ride. Although Douchant was hoping to win the race, she considered herself lucky to have the extra time in the air. The landing was successful and without injury. The chasers made haste to steady the balloon before deflating.

According to Ted Staley, the Great Forest Park Balloon Race President, 66 balloons were scheduled to fly, including the Energizer ‘Hot Hare Balloon’ and Lindenwood’s Crystal Ball. An estimated 100,000 spectators witnessed the event from the Central Fields and Art Hill, as well as those viewing from backyards and rooftops.