Opinion: Solution to black-on-black crime is not absolutely black and white 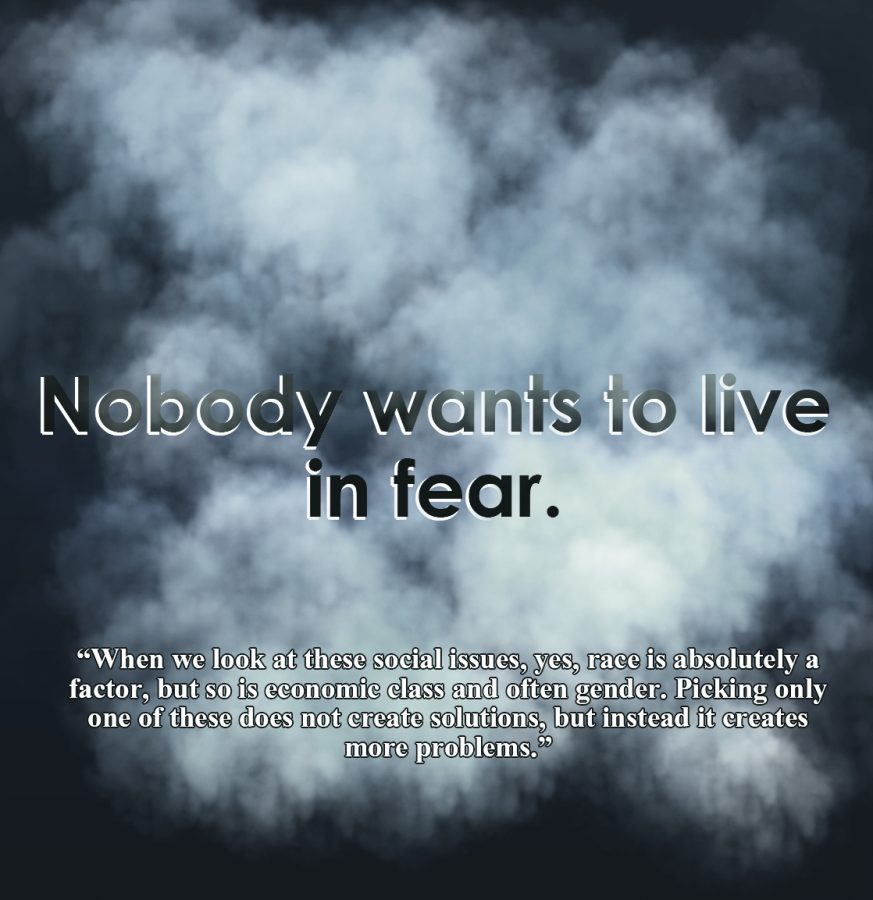 In the current social and political climate, issues of violence and race are often discussed. The Black Lives Matter movement has shed light on the police brutality that people of color face. This summer we heard about the officers who have been gunned down with an increasing frequency. Before going any further, it is important to point out that neither police brutality nor violence inflicted on an officer is OK. Harming another person or taking their life is in no way an acceptable solution to any of the problems faced by society.

Now, a trend on social media I have seen is using “black-on-black violence” as a way to disenfranchise the Black Lives Matter movement. The idea behind this is along the lines of “They are killing each other way more than the police are killing them. Why aren’t they trying to solve that problem too? Why are they only blaming officers of the law?” Let me tell you what is wrong with this thought process.

First off, they are trying to solve the problem. Nobody wants to live in fear. Many of these communities have made multiple attempts to fix the crime problems, just as any community would.

Second, I would like to take race out of the equation for just a moment. When we do that, it becomes neighbor-on-neighbor violence. This differs from police brutality because your neighbor, regardless of race, probably has not taken a vow to protect the community and be held to a higher standard. You know who has? A police officer. We hold them to a higher standard because they have agreed to be held to that standard. This includes providing protection for every citizen as opposed to treating them as criminals, regardless of race.

Lastly, much of this “black-on-black violence” occurs in low-income areas. According to a 2015 Forbes article, in the U.S., “the typical black household now has just 6 percent of the wealth of the typical white household.” This means black people are way more likely to be poor than white people. That is an issue of institutional racism, an issue that needs its own article entirely.

So ultimately it becomes an issue of poor neighbor-on-poor neighbor violence. These people are not killing each other because of their race, but to survive. When an officer is using unnecessary force on black citizens, it is more often than not because they are black.

So, when you want to use “black-on-black violence” as a way to disenfranchise the Black Lives Matter movement, remember, police officers are and should be held to a higher standard. Also keep in mind that class plays a role.

These issues are not black and white (pun intended). When we look at these social issues, yes, race is absolutely a factor, but so is economic class and often gender. Picking only one of these does not create solutions, but instead it creates more problems.