Theater student: ‘life is the audition’ 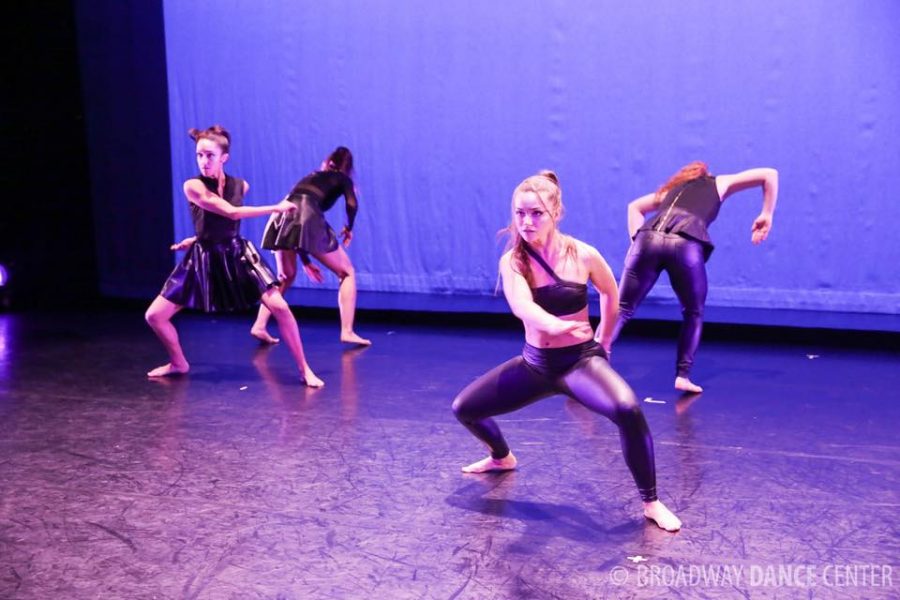 While walking through the halls of Broadway Dance Center in New York one day this summer, dance student Mary Helen Walton had a surprising encounter.

Jon Rua, the understudy of the lead for the Broadway musical “Hamilton,” stopped her and said, “Hey Mary, are you coming to class?”

Shocked by the fact that he knew her name, she could only manage to say, “Yes, I am now.”

Originally from Mississippi, she knew that she definitely wasn’t in the South anymore.

This summer was Walton’s second time at the dance center. She partook in the training program last year, but was unable to finish because of an injury to her left knee.

An ankle injury that occurred six weeks before the program started almost prevented her from going back this year too.

“My release date was the day before the program started,” Walton said. “I was determined to not be the injured one again.”

She made it, and this time instead of the training program, she was dancing in the professional semester, a program designed for aspiring professional dancers or currently working professionals who look for an intensive course to hone their skills.

“It was a lot more intense,” she said.

One of the emphasis classes she took was an advanced theatre dance class.

“It completely was over my head,” she said. “By the end of the class I had it, but it was a struggle to get there. It’s really motivating and challenging to be dancing in the advanced classes because you’re dancing next to working professionals.”

Walton said approximately 50 dancers were in the program, but the atmosphere was never competitive. They all became really good friends.

“We still keep in touch,” she said. “But it was awesome to take a class with them because whenever something was really challenging, you had someone next to you being like, ‘No, we got this. Push through!’”

One of the friends she made was Lariscy Elizabeth, a dancer from St. Augustine, Florida.

“Mary is a fighter,” Elizabeth said. “Whether a move is difficult or her body is tired, she can push through and always give the best she can give.”

One of the major things Walton got out of her experience at the dance center was many connections from Broadway. Besides Rua, with whom she became pretty close, one of the other connections was with a choreographer and Broadway performer, Shannon Lewis.

“She is phenomenal,” Walton said. “She was a choreographer for one of the pieces that I was in for our big showcase at the end. It was amazing.”

During the program, Walton received personal feedback from casting directors. An agent showed interest in signing her, and she even got a couple of job offers.

“Two casting directors wanted to work with me, and I explained that I was still at school, and they were like, ‘Great, well keep in touch, and we’d like to work with you when you’re out of school,’” she said.

Another thing that she got out of her time at the center was a new mindset.

“Life is the audition,” she said. “That was one of the big things that they kept repeating to us.”

Walton said the center had “a rule of lips, lash, clean brow and hair done,” and if one of them was not followed, she could have been taken out of class.

She said that it changed her perspective on looking presentable, because you never know whom you will work with and what they can do for you in the future.

Walton recommends taking the professional semester for all dance students, especially for those who are graduating.

“I think the best time to do it is after school when you are ready to jump into the industry, because you’re making all these connections,” she said.

As final words of advice for other dancers, she said, “Work hard, be genuine and be yourself.”