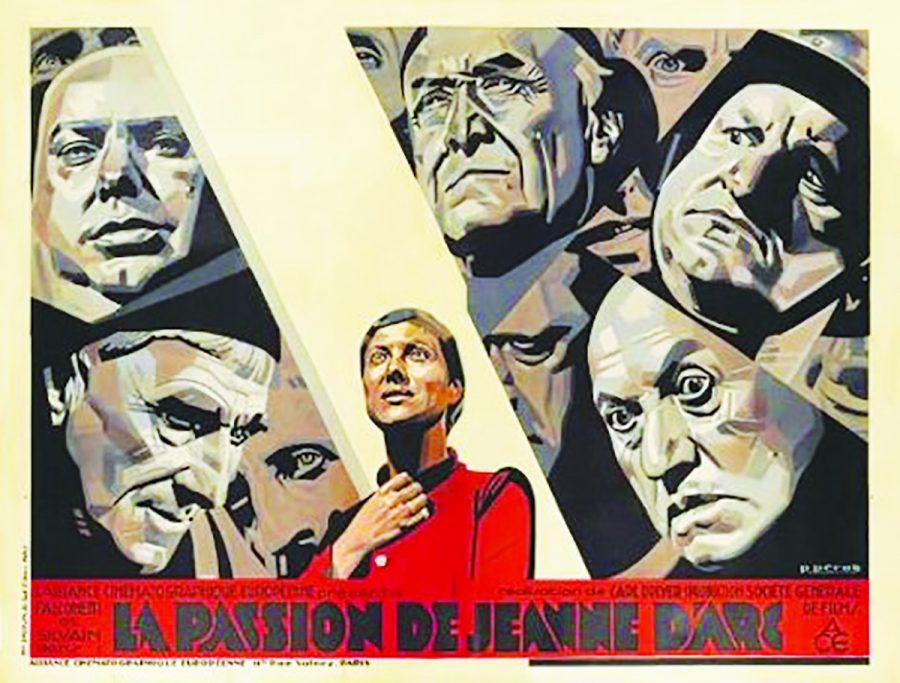 The Lindenwood Theater will have no need for its speakers once again when the classic French silent film “The Passion of Joan of Arc” hits the screen on Friday, Sept. 30.

“Joan of Arc is one of the greatest silent films of all time,” said Peter Carlos, professor of digital cinema arts and the student promotion and engagement director.

This will not be the first silent film to grace the theater, however; “Nosferatu” was shown in 2012 and was a resounding success.

“I had students come up after ‘Nosferatu’ and say it’s one of the best experiences they’ve ever had,” Carlos said.

Carlos decided to show Joan of Arc to give students a greater appreciation of silent films as well as an experience they will never forget. While the movie lacks sound, a live orchestra made up of students will perform the soundtrack for the movie.

“The students are really talented,” said Carlos. “They’re going to play a score that was written by a student who has graduated Lindenwood. We’re going to give them the experience people had at the turn of the 20th century.”

The Lindenwood graduate who composed the score for Joan of Arc, Adam Tevlin, also composed the music for “Nosferatu.” Tevlin, whose musical style involves neo-romanticism and minimalism, created leitmotifs for certain characters.

“[A leitmotif] is a reoccurring theme throughout a piece of music that would invoke a particular person or idea or feeling,” said Tevlin. “So I have three separate leitmotifs for Joan, I have a leitmotif for the judges, and they all kind of interchange with one another.”

In addition to playing Joan of Arc in the theater, the show will also be broadcast over LUTV.

“We’ve got the communication students and the music department working together to put this on for an experience for the entire university,” said Carlos.

The one in charge of promoting the event is Peter Colombatto, director of marketing and patron services. Colombatto and the rest of the staff have been creating events for the department’s Facebook page and promoting it through Involve U and the televisions on campus.

“The best way we promote these are the cast members involved,” he said. “They share with their friends and family, and that really gives us a leg up.”