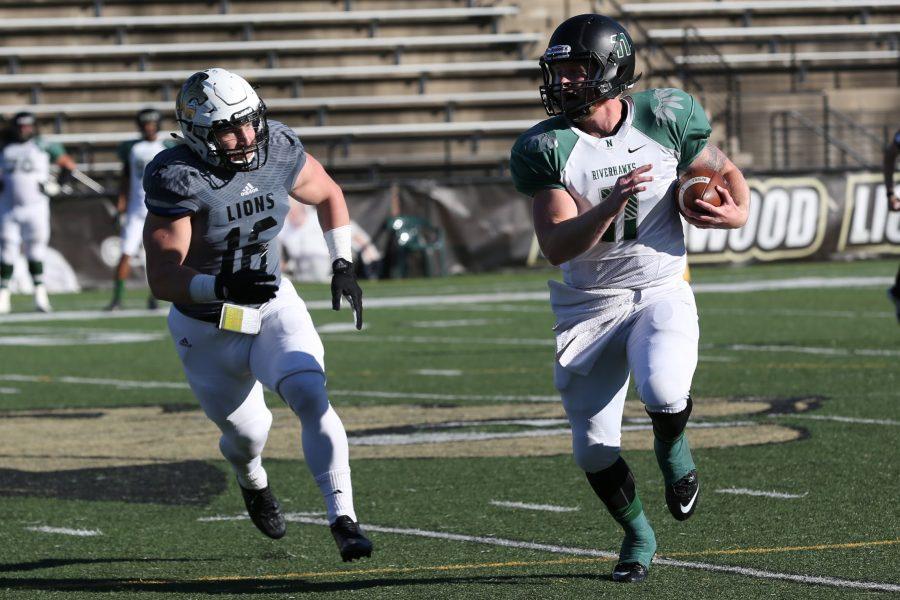 In 2016, a total of 253 players who were drafted into the National Football League came from NCAA Division I teams, while only two were selected from Division II programs.

Despite the odds being against him, Connor Harris’ talent on and off the field is paving the way for a shot at the next level.

In high school, Harris was named Missouri 6A Defensive Player of the Year in 2011 and led his team to the 6A Championship.

He started his collegiate football career being named the team’s Freshman of the Year in 2012.

After an injury in 2013, Harris broke his own school records for most tackles, solo tackles and assisted tackles in 2014. On Sept. 8, Connor became the leader in tackles for the NCAA Division II with a total of 522 tackles.

Harris has not limited his excellence to on-field accomplishments. He has maintained a spot on the MIAA Academic Honor Roll throughout his collegiate career.

“He has been an exemplary student athlete on our campus, what he does on the field mirrors what he does in life,” said Lindenwood head coach Patrick Ross.

His success have placed him on the radar of several teams throughout the NFL.

During the month of September, scouts from 21 different teams visited Hunter Stadium to observe Harris in practice as well as games. New York Jets General Manager, Mike Maccagnan was among the visitors who made the trip to St. Charles.

Maccagnan watched Harris take on Pittsburg State on Sept. 24 and was impressed with his athleticism and mobility.

“He moves around very well from what I can see. He looks like he is a pretty athletic inside linebacker,” Maccagnan said. “I know our scouts have already kind of evaluated him so he may have some opportunities here going forward.”

For Maccagnan, the way a potential recruit interacts with his teammates on the sidelines is just as important as how they perform in the game.

“I like to see how they come off the sidelines, [and] what their personalities are like,” Maccagnan said. “There are a lot of different types of leaders. Some are vocal leaders, some are leaders by example.”

As Harris prepares to finish his collegiate career, he is excited for the prospect of professional opportunities to come.

“It’s been a huge honor, it’s something you dream of as a kid,” Harris said. “You always knew you’d want to get to the NFL and now to be able to sit here and have the scouts come talk to me and get their input and have it unfold like this is just such a huge honor.”

The 2017 NFL Draft will take place on April 27-29 in Philadelphia, Pennsylvania. If selected, Harris would become one of four Lindenwood alumni to be signed by an NFL team.