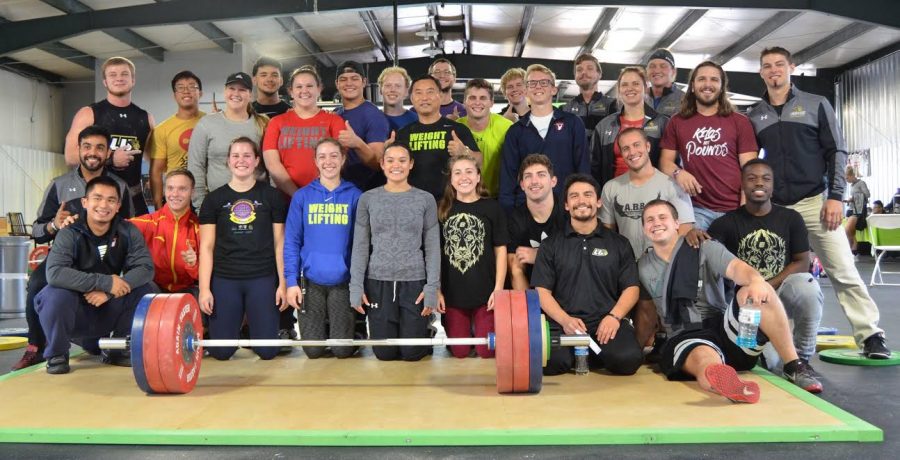 The Lindenwood weightlifting team vowed to win big before heading to the Collegiate National meet in New Orleans on Sept. 23. The team returned home with titles in all three division its athletes competed in.

Wins in the female, lightweight male and heavyweight male divisions, along with several other qualifying lifts, were all part of the Lions’ performance at the competition.

Rachel Schwartz was the winner of the female session qualifying for Junior Nationals by going 6 for 6 with a 47kg snatch and a 63kg clean and jerk for a total of 110kgs.

Schwartz attributed the success to the relaxed energy of the meet providing her with comfort needed to fulfill her full potential from here on out.

“It was great. You got the feeling you’re on a big stage but you weren’t exactly, so you’re a little more relaxed,” Schwartz said. “Next meet I’ll be feeling the adrenaline for sure and I know I’ll do even better knowing how I did and I’ll go into the next one more confident.”

Ross Hasegawa won the 69kg weight class with a 86kg snatch. She also posted a personal record of 116kg clean and jerk finishing for an overall total 202kg.

““I thought I did pretty well considering I’m a grad assistant with all that work plus Master’s work,” Hasegawa said. “You always feel you’re not prepared enough coming into meets but I was definitely satisfied.”

Also qualifying for Junior Nationals was newcomer Alex Brosseau. She set a personal record in the snatch with 121kg and a 160kg clean and jerk. Earning a second personal record, she lifted a total of 281kgs.

“Alex is a really, really strong guy who is fairly new to weightlifting so to come in and hit those numbers is very surprising,” Rodriguez said. “He’s only really been working on snatch for a couple months and he’s really a workhorse.

Others who qualified for Junior Nationals were Eddie Campos, Dustin Xayyasaeng and Alex Ervin.

“I would say we did a good job getting our name out there,” Rodriguez said. “People all knew who LU was so that was really nice. Nobody bombed out. Even if they weren’t necessarily getting the lift they wanted to, nobody missed all their lifts.”

Lindenwood’s next meet is on October 22 at The Lab Gym in St. Louis, Missouri.