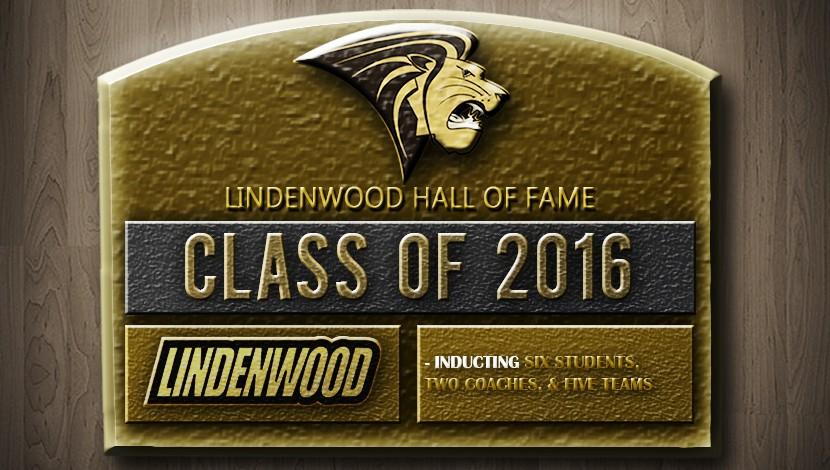 A group of former athletes, teams and coaches will be inducted into the Athletic Hall of Fame at a dinner Saturday at Hyland Arena.

“If you support athletics at Lindenwood, and you appreciate the work that goes into it, it would be a good thing to come and witness the end result, you know, that recognition for a job well done,” said Michelle Giessman,  the director of Alumni Relations.

According to Lindenwood’s website, this year marks the induction of the “eighth class of exemplary athletes.”

This year’s Athletic Hall of Fame dinner differs from previous years as it will be held on campus for the first time and will feature a new award called the Pioneer Award.

The Pioneer Award will go to two teams: the 1970-71 men’s basketball and the 1989 football team. The award “recognizes the first individual or team to make a significant contribution to the university,” said Giessman.

Nominees rarely get inducted on their first nomination; to be up for these awards, athletes and athletic teams have three years to try to be nominated and be voted in, and they must be out of school for five years before they are eligible, said Giessman.

The Hall of Fame induction process takes about seven months.

It begins with nominations from coaches, staff and peers in March, then discussions commence and in May the committee votes on a final ballot. The next few months are spent trying to locate the recipients of the awards.

Lisa Hundelt, the administrative assistant to the NCAA athletics department, is a main coordinator of this event and she is in charge of sending out all of the notification letters.