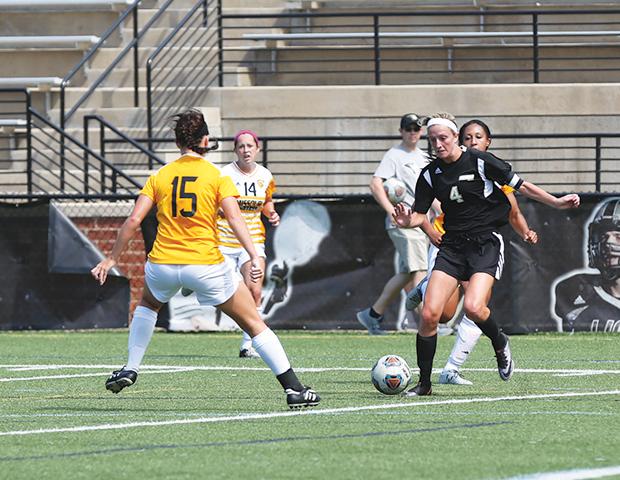 The women’s soccer team plans to kick off homecoming weekend as they take on the Southwest Baptist Bearcats.

Senior captain Miranda Huebner believes that the team will be more than prepared for this matchup.

“Standing strong on the road for two weekends in a row and accomplishing what we need to will be huge when we come home,“ said Huebner.

Lindenwood will be entering this weekend’s competition with a record of 6-6-1 on the season and 3-4-0 in MIAA conference play. Although the team splits its wins and losses this season, senior captain Jackie Linder believes the team is successful in its own ways.

“I believe the contributing factor to our team’s success has been our togetherness and our chemistry on and off the field,” said Linder. “It allows us to support and motivate each other to work hard and to play our best.”

This Lions team has struggled to defend home field thus far this season with two wins and four losses on Lindenwood turf. This matchup against Southwest Baptist would be a huge win for the Lions with just four games to play until the MIAA tournament.

“Coming home on homecoming weekend towards the end of our season will be the perfect ending to our great successes that we have all accomplished together as a team,” said Huebner.

The Southwest Baptist Bearcats have a 0-13 record in the MIAA this season. Their trip to St. Charles will be the start of four games on the road to end their season.