Football blown out by Northwest Missouri in homecoming game 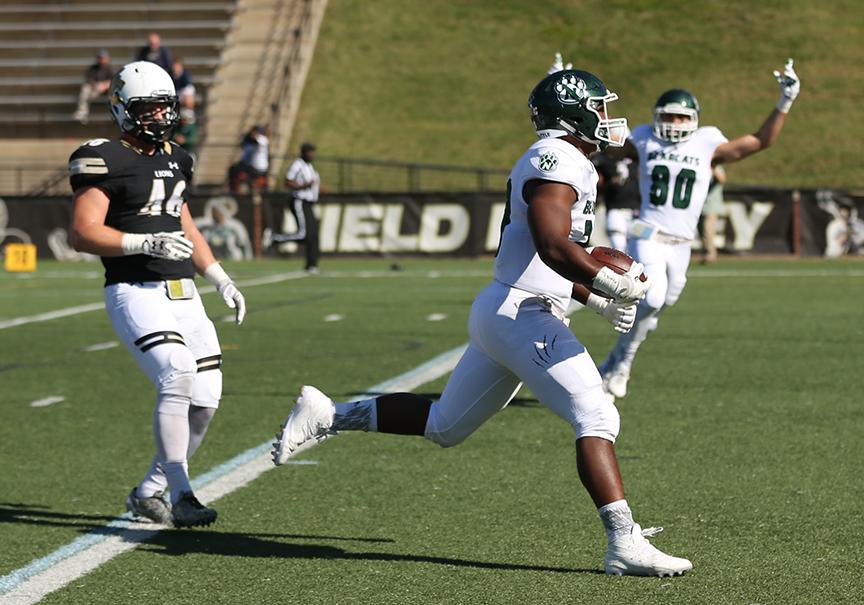 The Lions’ offense proved to be no match for the Bearcat defense for most of the game, picking up just 261 yards of total offense, compared to more than 500 yards for Northwest Missouri.

The Bearcats got their offense going early, picking up two touchdowns in the first quarter, the first a one-yard run play, and the second a 19-yard pass play to go up 14-0.

Lindenwood attempted to claw back into the contest toward the end of the first quarter as Allen Thigpen connected with Deantrell Prince for a touchdown, but the momentum was immediately evaporated when the extra point went wide, leaving the Lions with just six points.

Northwest extended it lead to 31-6 by halftime, effectively putting the game out of reach.

After both teams were held scoreless in the third quarter, the Lions had one more moment of glory as Thigpen led Lindenwood on a nine-play, 85 yard drive, capped off by his own 10-yard touchdown.

However, the extra point once again proved to be downfall of the team, as it was blocked and returned 98 yards by the Northwest special teams unit, which turned it into two points of their own.

Defensively, linebacker Connor Harris picked up 10 more tackles during the game, extending his all-NCAA career tackles record even further. He now has 599 tackles in his illustrious career.

Lindenwood will once again take the field next Saturday, Oct. 29, on the road against the University of Nebraska-Kearney at 2 p.m.