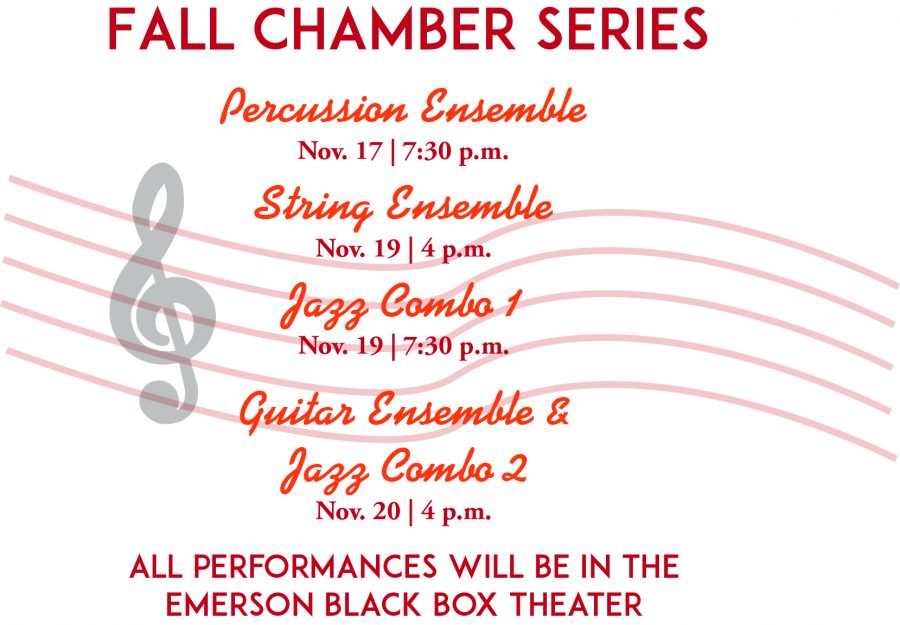 Five concerts will be occurring this week in the Black Box Theater in the J. Scheidegger Center as part of the Fall Chamber series.

“For percussion ensemble, we’re performing a drum set piece, which is only four people, and the orchestra concert is the entire Lindenwood Community Orchestra, which also includes people from the community,” he said.

The percussion ensemble, which performs at 7:30 p.m. Thursday, will contain music from all across the world.

“I enjoy all the different pieces we’re playing,” said Gederman. “The title of the performance we’re doing is ‘Dancing around the World.’ There’s a lot of different dance-type pieces that we’re playing.”

“There’s a part in it where it’s like a bird-call section, so there’s a lot of tongue clicking,” said Lundy, who is also a member of the concert choir.

In addition to classical French pieces, the choirs will be singing musical theater pieces and the rock song “Route 66.”

The Emerson Black Box Theater, where these events will be held, features acoustical stone walls and sound-dampening curtains, which can be used to adjust the sound, and allows them to position their seating throughout the room according to the needs of the event.

“Because it’s just a big black box, you can set up the seating in many different ways,” said Pamela Grooms, chair of the music department. “We’ve chosen to do the kind of stadium seating so that we have the big space to configure any of our concerts.”