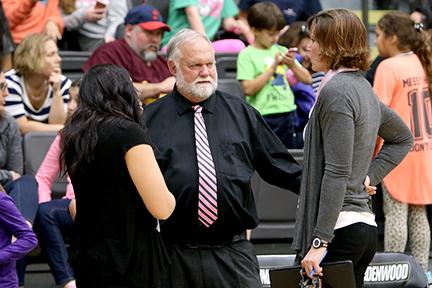 In a statement released by the university, Wachler thanked Young for his years of commitment to Lindenwood’s volleyball programs.

“Ron Young has been the face of Lindenwood volleyball for the past 18 seasons, and has won over 700 games combined between the women’s and men’s programs,” Wachler said. “The athletics department is grateful for all of Ron’s contributions to the department and the University.”

Young won 363 games as the coach of the women’s team, and another 342 while coaching the men. His teams became a powerhouse at the NAIA level of competition prior to the switch to the NCAA, with the women winning seven conference championships, and advancing to the 2007 national tournament. While coaching the men, his teams reached the national semifinals five times.

Also at the NAIA level, he won a national coach of the year award and the conference award for best coach on nine separate occasions.

Things did not go as smoothly once the team transitioned to the NCAA, however, as his women’s teams were unable to finish with a winning record since the transition four seasons ago. This past season, the team finished 11-19 overall, and 5-13 inside the MIAA.

According to the University’s statement, Wachler will immediately begin a nationwide search for Young’s replacement.