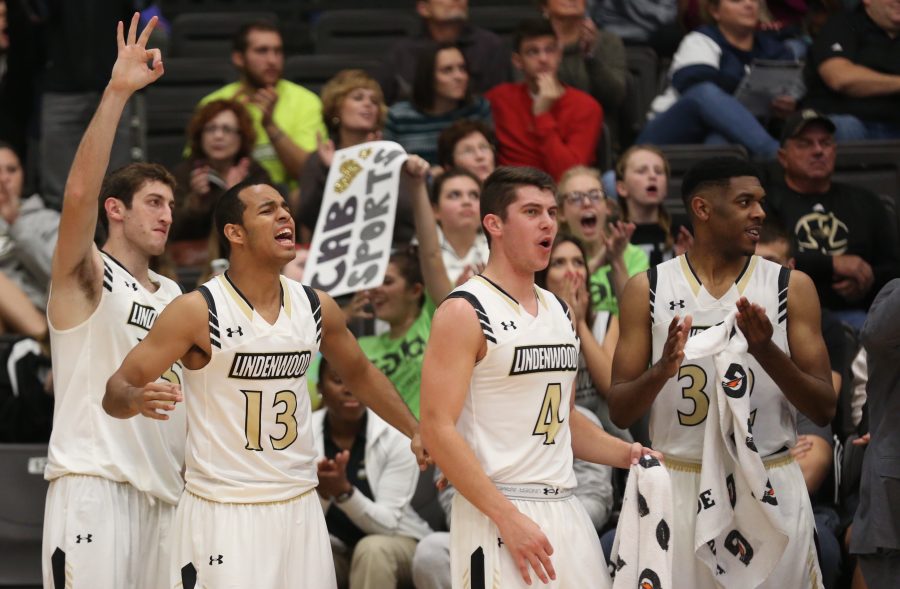 The Lindenwood men’s basketball team began the home portion of its schedule in style, beating the Truman State Bulldogs 94-83 to move to 3-0 on the season.

Diekvoss also came up with a huge game in the rebounding department, tallying 16 on the night.

“This guy was a beast on the boards tonight,” head coach Lance Randall said.

He also said that he was greatly impressed by what McIntosh accomplished, not only the shots he was taking but also the routes he was running throughout the evening.

The game was tight throughout the first half, as Truman was able to connect on six three-pointers and nine free throws to head into the locker room with a six-point edge, capped off by a buzzer-beating three-pointer that gave the Bulldogs a 47-41 advantage.

“I did not like the way we ended the first half,” Randall said. “We got off to a good start, but the last nine possessions they scored. We were soft.”

Truman State looked to build upon its lead in the second half, extending it to 53-44 before Lindenwood began to claw back into the contest.

A 9-0 run immediately followed, and Lindenwood was able to tie the game at 53 apiece. Momentum began to swing back in Lindenwood’s favor when senior guard Landon Mills was able to knock down a three from the far corner to get the Lions within two points. Once they reclaimed the lead, they never looked back.

With fewer than two minutes remaining in the contest, Lindenwood led by four points when Price nailed a long three-pointer that put the Lions up by seven and sealed what would become a 94-83 victory.

Contrary to the earlier games this season, Lindenwood struggled defensively throughout the night, and allowed the Bulldogs to shoot better than 50 percent from the field, as the contest mainly took place in the half-court offense. Neither team scored more than three points all night on the fast break.

Speaking about the Bulldogs offensive attack, Randall said, “That is a great offensive team that returned a lot of scoring from a 21-win team a year ago.”

Overall, Randall said he was pleased with his team’s effort.

“I thought it was a great win against a great team,” he said. “We had to battle for stops and we managed to hold them at bay down the stretch.”