Some students surprised by scope of Droste project 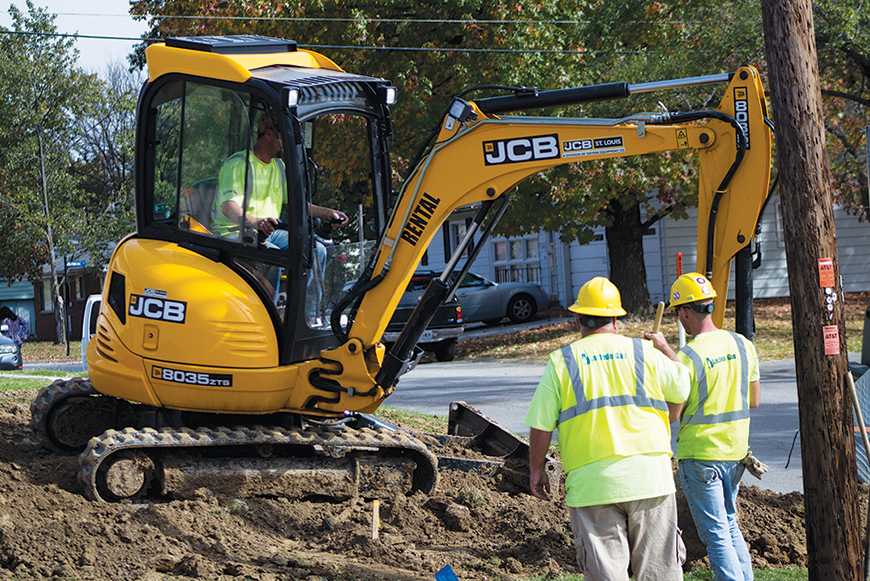 St. Charles City workers dig up the gas main by Droste Road. The main will be moved behind homes.
Photo by Kelby Lorenz

Residents in a district of campus housing said they were not informed about a road project that will take place outside their homes and require more than a year to complete.

City crews began digging in yards along Droste Road in mid-October to prepare the utilities for the project. The roadwork is scheduled to begin in March.

As part of the utility work, a gas line that currently runs in front of the homes is being removed to make way for a new water main. The gas line will be relocated behind the homes.

The plan was first announced in October 2015, but City Project Manager Matt Seggerman said the work has come as a surprise to many students living along the road.

“Some of the residents didn’t know anything about the work,” Seggerman said. “We thought Lindenwood was going to be taking care of that.”

Hunter Haralson, an assistant resident director for the Droste housing district, has lived along the road since the project was announced. Aside from seeing construction signs, he said he never was notified about the project.

That changed recently when he came home on a Friday night and found a group of maintenance men in his basement.

“The entire basement was flooded,” Haralson said. “It was all full of mud and nasty crap.”

City officials said the incident was a result of a sanitary lateral that was ruptured while crews were digging in the yard of the home. The mud and sewage was cleaned up by Lindenwood maintenance and a private contractor.

In addition to the relocation of the gas line and the addition of the water main, overhead phone and power lines also will be buried in front of the houses. After the utility work is completed, the city will begin relocating parking for the homes along the road.

Once the project is finished, the driveways along the road will be removed, and residents will park in a newly constructed alleyway at the back of the properties.

“I just assumed they were working on a sewer line or something, other than that, I literally had no idea what they were doing at all.,” Haralson said.

He believes the majority of students in his district and the women’s district along the road are completely unaware of the coming changes.

In an email on Nov. 14, Diane Moore, assistant vice president of facilities at Lindenwood said students will be given more details on the project after the utility work is completed.

“There has been limited information regarding the Droste Road project because we do not have a set start date from the city,” Moore said. “Once we hear specific information the Student Housing Director and his staff will provide this information to students living on Droste Road.”